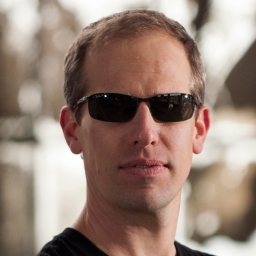 Chris Bradford is a best selling and multi-award-winning children’s author. He is professionally trained in a variety of martial arts, including samurai swordmanship, and has earned his black belt in Kyo Shin Tai- jutsu. Chris’s books, including the best selling Young Samurai and Bodyguard series, have been published in over 25 languages and have earned him more than 30 book awards and nominations, including the Brilliant Book Award and the Carnegie Medal. He lives in East Sussex.

Read more about the author here.

'I saw him die right in front of my eyes.' 'That you did,' replies Damien. 'But you underestimated his power. Tanas is back and stronger than ever . . .' When Genna's parents are murdered, the police put the tragedy down to a burglary gone wrong. But Genna knows the truth: the Soul Hunters are back and her nightmare is far from over. With home no longer safe, she flees to America to find Phoenix, the only one who can help her - or so she thinks. While searching for her Soul Protector, Genna meets other First Ascendants like her, and Soul Warriors tasked with protecting the Light. But the Hunters are on her trail and it's only a matter of time before Genna comes face-to-face with their leader once more. For Tanas has miraculously incarnated into a new body, and is hungry for her soul. Genna must look to her past lives to survive. But how can she defeat Tanas when evil never dies?

Genna has always been good at history but the strange connection she has with times gone by turns into something terrifying when she becomes the victim of a series of assaults, each linked to violent moments from the past. Who is Damien, the young man determined to kill her, and who is Phoenix, the boy equally prepared to save her life? As the attacks continue Genna discovers that she is a First Ascendant, born at the dawn of mankind, with hundreds of lives already lived, and that this makes her the target of the evil Incarnates who won’t rest ‘til she is dead forever. As she and Phoenix fight to survive, and thereby save the human race, the action comes satisfyingly thick and fast, often staged in thrillingly described historical scenes. Few authors know more about pace, combat and all-out excitement than Bradford (Bodyguard, Young Samurai) and this will delight his legions of fans, and even more besides.

Interest Age 9+ Reading Age 8 | Set in a future world in which kids risk their lives for real playing an online fantasy game, Virus is a nerve-tingling combination of science-fiction and martial arts extravaganza. Scott knows that playing Virtual Kombat will put his life in danger, but the only way to destroy the game is from the inside, and he really wants to avenge the death of his friend. In this he’s helped by a group of techno-hackers, but when it comes to the crunch, his tae kwon do skills mean he’s on his own against powerful opponents. Chris Bradford is an expert at keeping the tension high and this is page-turning, super-readable adventure.

Interest Age 8+ Reading Age 8 | | As ever, Chris Bradford begins his story explosively, and then keeps the tension super-taut until the very last chapters. Despite his special bullet-catcher ability Troy is at the mercy of The Judge, one of the most ruthless and wicked villains you’re likely to encounter, and his friend and colleague Kasia is in a coma: could this be the end for SPEAR’s battalion of teenage super spies? Of course not! The fight back offers everything you would expect from this author and this series, nail-biting scenes and confrontations, and the triumph of teamwork and good over evil. It’s super satisfying, and super readable.  Particularly suitable for struggling, reluctant and dyslexic readers aged 9+

Fictional superheroes don’t come much more appealing than Troy, one of a group of teenagers with awesome super powers recruited by secret agency SPEAR to protect society against a gang of ruthless terrorists, and the premise for the Bullet Catcher series will be irresistible to anyone who’s ever dreamed of being a hero, i.e. pretty well all of us. As always in Bradford’s books, the action is fast and furious, with just enough time between the explosions and thrills for a touch of humour or character development. The ending will leave readers on tenterhooks for the next part in the series too. Described by publisher Barrington Stoke as super readable, this definitely meets that description.  Particularly suitable for struggling, reluctant and dyslexic readers aged 8+

One of our Books of the Year 2016 | Deep rivalries, hand to hand fighting, daring raids and surprise revelations, they all feature in this collection of stories about young ninja warrior Taka. Together with his ninja clan he’s fighting the Samurai in 16th century Japan. The background is vividly described, and fascinating, whether you know your nunchaku from your shuriken or not, and Chris Bradford is an expert at keeping the tension high. It’s great to see that female ninja Cho is as fast and fierce as her male companions. In Barrington Stoke’s Conkers series, this is particularly good for reluctant or dyslexic readers, but it will work its warrior romance on all readers.

Interest Age 8-12 Reading Age 8 | July 2015 Book of the Month | One of our Dyslexia Friendly Books of the Year 2015 | Troy is quietly reading a Batman comic when all hell breaks loose. He’s caught up in a terrorist attack that kills his parents – so far so Bruce Wayne – but also reveals he has a superpower: he’s bulletproof, due to some biological quirk his body can withstand ten times the impact that steel can. Troy is whisked away by mysterious secret agent types to train with a group of similarly extraordinary teens. And of course, he gets to come up against the man who killed his parents. Bulletcatcher has as many bangs and explosions per page as the best comic adventure, and convincing human relationships between the SPEAR kids too. A super-satisfying read for fans of Avengers and their ilk.    Particularly suitable for struggling, reluctant and dyslexic readers aged 8+

Interest Age Teen Reading Age 9+ From the best-selling author of Young Samurai, a new, action packed dystopian novel, with a striking lenticular jacket, sure to stand out on bookshelves! Particularly suitable for reluctant, struggling or dyslexic readers. Barrington Stoke is the foremost publisher of dyslexia friendly books and those for reluctant readers.  Here on Lovereading4kids we are constantly selecting new titles and refreshing our special dyslexia friendly category. Click here to view our current selection which is broken down by age range.

Interest Age 8-11 Reading Age 8+ | Action-packed and with no holds barred, this is a taut adventure story capturing the themes of revenge and honour that lie at the heart of the Ninja culture. Taka is determined to take revenge on Lord Oda who has killed his mother. Armed with priceless weapons by the Grandmaster, Taka and his two best friends set out on a dangerous mission. Surviving great dangers, they also uncover a very surprising truth. Particularly suitable for struggling, reluctant and dyslexic readers aged 8+

One of our Dyslexia Friendly Books of the Year 2013 - Interest Age 8-12 Reading Age 8 | A dramatic new story in the popular Ninja series and this time the young students, including Taka who has now graduated to a black belt, are learning the deadly Death Touch! Taka needs all his skills to take on the challenges of his clan in this thrilling story laced with violence. Particularly suitable for struggling, reluctant and dyslexic readers of 9+

Bodyguard: Hostage is the new thriller from Chris Bradford, bestselling author of Young Samurai. Bodyguard is a bulletproof action-adventure series that fans of Cherub and Alex Rider will love. This is Lee Child for younger readers - Jason Bourne for the next generation.

Young Samurai: The Ring of Wind

With fast-paced action and non-stop adventure from page one no reader can fail to be hooked in to this terrific series set on the high seas in and around 17th century Japan. The series will captivate young readers including the most reluctant. This is Book 7 in the blockbuster Young Samurai series by Chris Bradford. Young Samurai was shortlisted for the Red House Children’s Book Award and nominated for the Carnegie Medal.