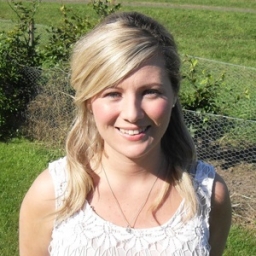 As a child, Pamela Butchart was lucky enough to grow up in a house full of pets, have a mum and dad who were bonkers, and go to The Best Most Awesome Primary School in the WorldTM. As a student, Pamela's student jobs included: fishwife, teaching basketball in America, phlebotomist, and Artist Liaison for a (really bad) Abba tribute band. Now, Pamela teaches philosophy to teenagers and spends all day pondering questions such as, 'Is time travel possible?' and 'How do I know I'm not really a robot?' The stories write themselves really...Pamela lives in Dundee with her husband, Andy, and their two cats, Bear & Carlos. Carlos only has one eye and is Pamela's hero.

Jeremy Worried About the Wind

September 2020 Book of the Month | Jeremy is a worrier. We all know one, perhaps we even are one. He imagines risk everywhere, in burnt toast, spotty bananas, squirrels, and especially the wind. His friend Maggie has a much more laid-back approach, “What’s the worst that can happen?” is her motto. Well, one day, Jeremy gets to find out. Of course, in Pamela Butchart’s deliciously zany but reassuring story, the worst turns out to be a wonderful adventure. It’s a story that will make even the most resolute worrier unwind and one that will work its magic on the Maggies of this world too. Kate Hindley’s illustrations are typically expressive, particularly the three wordless spreads that tell the tale of Jeremy’s experience of ‘the worst’.  A wonderfully clever and entertaining picture book with a very wide appeal. The overly-anxious will also enjoy Melanie Watt’s Scaredy Squirrel series, which is equally comic. You can find more books on this theme in our Anxiety & Wellbeing collection.

Joining Class 2R at Wigglesbottom Primary is always a treat, and the three adventures in this collection are typically funny, well-observed, and gorgeously illustrated.  Once again, the children let their imaginations run wild, so that everyday primary school life becomes a thing of delight and wonder: could the pet rabbits in the playground be attack bunnies? Is the special visitor sitting at the back of the classroom and making Miss Riley so nervous really a TV talent scout? Could Miss Stein the music teacher be a witch? We’re happy to accept all these propositions, at least until the truth is revealed, and the stories make irresistible reading. Becka Moor’s illustrations are as bold and lively as the text, and these little stories are absolute gems.

There's A Yeti In The Playground!

An award winning author with an infallible touch when it comes to humour and familiar settings that all children can relate to and told with a flair for zany and exciting plots like this one!

Izzy and her friends are shocked when they find their lollipop man has disappeared! Maisie thinks he's gone to Rome but if that's true, why do they keep seeing a weird white wispy cloud around the school? And why do Izzy's legs feel cold even though she's got tights on? Could it be that the lollipop man is a phantom and he's come to spook them all?! Laugh-out-loud fun from Blue Peter Award winners Pamela Butchart and Thomas Flintham. Read more of Izzy's adventures!

Here are three more very funny stories of primary school life perfectly pitched for young readers. Wigglesbottom Primary year twos find excitement in all sorts of things – things that adults wouldn’t regard as out of the ordinary at all. When a dog appears in the playground, they decide it has superpowers and are soon finding all sorts of proof; there’s definitely something wrong with the school mashed potatoes though, they’re right about that. As for Susie Keys’s special egg and spoon race egg, keeping a distance is probably wise … Pamela Butchart catches all the joy and possibilities open in a young child’s imagination and her readers will completely understand her characters. Short chapters, lively illustrations and lots of humour make them even more irresistible reading. ~ Andrea Reece The Editor at Nosy Crow says:  “These stories are a hoot from start to finish, and Becka Moor’s illustrations bring out the brilliance brilliantly. A joy for anyone who’s ever sat on an itchy story-time carpet. And who hasn’t?”

There's a Werewolf in My Tent!

Julia Eccleshare's Pick of the Month August 2016  Lovable Pugly, a pug with a great character, is back for a hilarious new adventure. This time she is all set to solve the mystery of what Glitterpuff the Poodle who lives next door is really up to. Pugly doesn’t trust any poodle so, when things begin to go missing, he is sure it is Glitterpuff who is to blame. Dogs, cats and adventure – the mixture is irresistible in this easy to read and copiously illustrated story.~ Julia Eccleshare The Editor at Nosy Crow says “Everyone knows that pugs are the best dogs around and Pugly is the best pug ever! He thinks way beyond the back garden and while this can get him into trouble, he has a lot of fun too!” Julia Eccleshare's Picks of the Month for August 2016 The Other Alice by Michelle Harrison Pugly Solves a Crime by Pamela Butchart Good Night, Everyone by Chris Haughton Dotty Detective and the Great Pawprint Puzzle by Clara Vulliamy The Sands of Shark Island by Alexander McCall Smith Return by Aaron Becker Super Gran by Forrest Wilson Oi Dog! by Kes and Claire Gray

To Wee or Not to Wee

Of the many tributes to Shakespeare in this anniversary year, To Wee or Not to Wee must be the zaniest. It features retellings of four favourite Shakespeare plays with a definite focus on the action and character motivation. The twist however is that this is Shakespeare through the eyes of Izzy, star of the Baby Aliens series, so her retelling of Hamlet is prompted by Zach’s inability to decide between the hat and the car in Monopoly. Her version is certainly to the point: ‘As soon as the gravediggers said that Hamlet screamed “I knew him, Horatio”, and jumped RIGHT into the grave and began SPEAKING to the skull and asking it loads of questions, like “What should I do about EVERYTHING?” and just “Why?”’. For all the silliness, it gets across the main themes of the plays, and Izzy’s top-speed accounts are irresistible.        ~ Andrea Reece The Editor says: “Who better to introduce children to Shakespeare than Pamela Butchart? If anyone can see the role of lasagne in Hamlet, or how annoying it must be for Lady Macbeth to have to lay on anunexpected buffet for Duncan, she can. The perfect introduction to the Bard, with all the suspense,heroics and Italian food of the originals.”

In a Nutshell: comedy – chaos – pug cooking!   A perfect piece of comic writing for children, Pugly Bakes a Cake is certain to be a huge favourite with young readers. Pugly is a pug with great ideas and when he decides to make a cake he’s determined it will be the best ever. What he lacks in skill he makes up for in enthusiasm, but his big mistake is to listen to Clem the cat who, as readers will quickly realise, is out to get him into trouble. The story unfolds at a breathy, pug-snuffly pace as Pugly causes more and more chaos, ending up trapped in the cat-flap and weeing helplessly. Smart design adds to the fun and Gemma Cowell is a pug illustrator par excellence! ~ Andrea Reece The Editor at Nosy Crow says: “Everyone knows that pugs are the best dogs around and Pugly is the best pug ever! He thinks way beyond the back garden and while this can get him into trouble, he has a lot of fun too!”

Wigglesbottom Primary: The Shark in the Pool

The pupils at Wigglesbottom Primary have very active imaginations and are quick to believe that there’s a shark in the swimming pool, a dinosaur skeleton under their vegetable garden and that Miss Ranger’s play parachute bestows invisibility. Their poor teachers really don’t stand a chance! Absolutely perfect for children just starting to read on their own, these wonderfully accurate descriptions of school life are funny, well-told and hugely satisfying. There are three self-contained stories in the book, easy and rewarding to read. They look fabulous too – Becka Moor’s illustrations bring the characters to life while clever design smooths the way for new readers. Excellent stuff.  ~ Andrea Reece Kirsty from Nosy Crow says: “These stories are a hoot from start to finish, and Becka Moor’s illustrations bring out the brilliance brilliantly. A joy for anyone who’s ever sat on an itchy story-time carpet. And who hasn’t?"

My Head Teacher is a Vampire Rat

Winner of the Children’s Book Award 2016, Books for Younger Readers category  A third riotous adventure for Jodi, Maisie, Zach and all the rest in 4J including the fast-paced narrator, Izzy. This time, part of the school is suddenly put out-of-bounds. When 4J have to share a classroom with 6B, the gang discover that the reason that it is closed is …Rats! Could this have anything to do with the new head teacher who keeps his curtains closed ? As ever, the gang is quick to jump to conclusions. If the head is a vampire rat, they must do everything in their power to destroy him!  The classroom goes wild in this witty no-holds-barred story. Kirsty from Nosy Crow says: “Lots of books are described as ‘laugh out loud’ but Pamela’s are the real deal. They are beloved by all who read them. Pamela is a real star, and we’re delighted to have found such a perfect match for her in Thomas Flintham.”