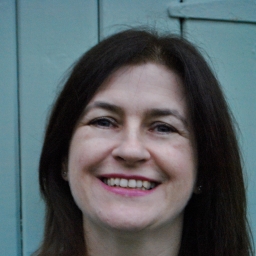 Sheena Wilkinson is one of Ireland’s most acclaimed writers for young people. Since the publication of the multi-award-winning Taking Flight in 2010, she has published several novels, including Grounded, which won the 2013 Children’s Books Ireland Book of the Year and Children's Choice awards.

Her first historical novel, Name upon Name, set during the 1916 Easter Rising, was chosen as Waterford City’s ‘One Community, One Book’ title in 2016. This was followed by Star by Star, set at the time of the momentous 1918 General Election, when women in Ireland voted for the first time. This won the 2018 Children’s Books Ireland Honour Award for Fiction and was selected as a BookTrust ‘Future Classic’.

Sheena Wilkinson lives in County Down, Northern Ireland, where she spends her time writing, singing, and walking in the forest thinking up more stories.

The third in a sequence of stand-alone historical novels, set at key points in the history of the divided island that is currently front and centre in Brexit negotiations, this could not be more topical and very possibly prescient in describing the situation in 1921 and the partition of Northern Ireland and the hard border which quite literally fractures communities. The author talks in the end pages of the book about growing up in this border area with the army and customs check points and how much the community enjoys today’s freedom of movement and is terrified of losing that. But this beautifully written novel is not an ‘issue’ novel, it is full of brilliantly realised characters and a pitch perfect evocation of the period. The story of the bold 14-year-old heroine, Polly and her struggles to find her way forward in life cleverly mirrors the struggles of the newly emerging country. She ran away to Belfast to escape of life of drudgery looking after the men in her family after her mother’s death from influenza. She finds refuge in Helen’s Hope, a feminist hostel where young women live and work together, a haven of tolerance and diversity in an area wracked with division and hatred. The non-partisan mission of this hostel sums up the greatest strength of this fascinating and moving novel in that it absolutely does not demonise either side, while being completely up front about the terrible things that are happening. There are bad, mean and cruel characters but this is not because of the ideologies they follow, but because some people are like that, and we even get insights into why that might be. The second book in this sequence, Star by Star, went on to become the best selling book ever from this small imprint and won Children’s Books Ireland’s Honour Award for Fiction 2018. I can see similar accolades for this ‘sister’ novel and can highly recommend all three (the first being Name Upon Name) as invaluable purchases to support the history curriculum, but absolutely as engaging reads for pleasure too.

Stella has always looked forward to changing the world. It's what she was brought up to do, by a suffragette mother who knew all about fighting and rebellion. But it's November 1918. The great flu pandemic sweeping the world has robbed Stella of her mother and her home, and she's alone in a strange country, with an aunt she's never met. But change is coming - the war is over, and women are about to vote for the first time. History is being made, but how can she help make it? As election day approaches, a day that will transform Ireland forever, Stella realises that she can indeed change the world. Not alone, and not all at once. But just as stars come one by one to brighten the night sky, so history is made person by person, girl by girl.

Stella has always looked forward to changing the world. It's what she was brought up to do, by a suffragette mother who knew all about fighting and rebellion. But it's November 1918. The great flu pandemic sweeping the world has robbed Stella of her mother and her home, and she's alone in a strange country, with an aunt she's never met. But change is coming - the war is over, and women are about to vote for the first time. History is being made, but how can she help make it? As election day approaches, a day that will transform Ireland forever, Stella realises that she can indeed change the world. Not alone, and not all at once. But just as stars come one by one to brighten the night sky, so history is made person by person, girl by girl.

When life goes off-key, change your tune. RyLee's career is over. After winning a national TV talent show and becoming a teen pop sensation, his fame and success has quickly been followed by addiction, media scrutiny, and career suicide. After a brief spell in rehab, 18-year-old Ryan has some rethinking to do. His stepdad - music promoter and self-appointed creator of 'RyLee' - wants him at home and in school, and under his thumb. But after an argument descends into violence, Ryan decides to run away from his old life, his failed career, and his dysfunctional family. When he meets the stunningly witty but distinctly average guitar-player Toni almost directly outside his front door, the opportunity to start afresh seems too good to pass up. Before long, he has arrived in a new city, joined Toni's amazingly talented band, and reinvented himself under the name 'Cal'. For the first time in his life Ryan has friends around him, he's playing the music he's always wanted to play, and - despite living in a hostel, busking for his wages, and living under a false identity - he's finally happy. But just when Ryan feels like he has truly started over, his past begins to catch up with him.

Belfast in 1916. Fourteen-year-old Helen is shaped by her mixed background - rural, Catholic Irish values from mum Kathleen; urban, Protestant Ulster ones from dad James. Her parents are relaxed in their politics but others in the family circle are more extreme - Aunt Violet is a die-hard anti-Home Ruler, more British than the king, while Uncle Sean is staunchly nationalist. These are the parents of Helen's older cousins: Sandy, who joined the army straight from school and has already seen action in France, and Michael, who runs away from home to enlist. But before he leaves for France, Michael is deployed to Dublin to help quell the Rising, where he's expected to open fire on his fellow Irishmen. Who and what are they fighting for? The story of a young girl caught between the Easter Rising, the outbreak of World War 1 and a divided Ireland

`The rain was still falling, but the dark had parted...' F Scott Fitzgerald, The Great Gatsby Luke falls. He has epilepsy. And, as it turns out, he has much bigger issues too. Esther falls. In love. It's wonderful - but there's a shadow that she can't identify and she can't make go away just by loving Luke. Luke's experience has taught him to despise himself; Esther's self-belief is fragile. And love is not as easy as it looks. Will they be still falling at the end of term?

Rosevale is a sanctuary for abandoned and abused horses, but Aidan's family can't afford to run it any longer. If Rosevale closes down, though, what is going to happen to all the horses that are looked after there? Then Lucy comes up with a super idea: there's a cross-country competition offering an unbelievable prize of GBP5,000. Can they possibly muster a team that is good enough to beat the posh stables and win the competition? Not without Aidan's help - but Aidan has lost his nerve and is terrified of riding. The future of Rosevale is at stake. Aidan is going to have to help. He can't - but he just has to ...

Declan loves Seaneen, but his ambition to work at a top showjumping yard is stronger than anything he's ever felt before. So when Declan is offered his dream job in Germany, he should be thrilled. There's nothing for him at home but dark history he'd rather forget. But he's terrified: leaving Seaneen's harder than he expected; troubled hood Cian won't leave him alone, and when he finds a traumatised horse in a derelict barn, he knows he has to help her. No matter how scared he is.

Moving from a harsh West Belfast estate to the glamour of the showjumping ring, Taking Flight is a fast-paced story of courage overcoming jealousy. The only riding fifteen-year-old Declan has ever done is joyriding. When he's forced to stay with his snobby cousin 'Princess' Vicky, he's shocked to find himself falling in love with horses. Vicky would do anything to keep this grubby hood away from her precious showjumper, Flight. Populated with courageous and vibrant characters, Taking Flight is a brilliant debut from an exciting new writer.