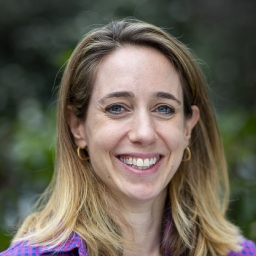 Alexandra Stewart read Modern History at Oxford University before training to be a journalist. After working as a reporter on a number of newspapers, she crossed the floor to become a press officer for the Metropolitan Police and, later, Central Government. She subsequently worked as a speechwriter. Alex lives in London, UK with her husband and two children.

Everest: The Remarkable Story of Edmund Hillary and Tenzing Norgay

May 2019 Non-Fiction Book of the Month | A Julia Eccleshare Pick of the Month May 2019 | Enduringly fascinating and inspiring, the story of Edmund Hillary and Tenzing Norgay’s ascent of Everest is always worth re-visiting. This strong narrative biography matched with atmospheric illustrations brings the two men to life from their childhoods in New Zealand and Nepal respectively to their amazing feat of climbing the world’s highest mountain. Alexandra Stewart and Joe Todd-Stanton capture something about the personalities of the two and the reasons that they felt the need to take on this great challenge. Most successfully, in words and pictures they describe the extraordinary landscape of Everest and the surrounding mountains and in particular the enormous dangers and the unique magic of mountaineering - especially when you take on the challenge of the highest mountain in the world.