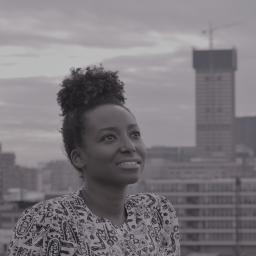 Nansubuga Isdahl is a writer and editor, who has worked on international development programes primarily in East and Southern Africa, for over a decade. Her clients including the World Bank, World Education, UNICEF and UNESCO. Nansubuga is currently based in Tanzania.

With all the sparkle of her jewel-encrusted costumes, this terrific book is an access all areas biography of one of the most high-profile, high-achieving women in the world today, Beyoncé Knowles-Carter. It begins at her first public performance, age 7, at a school talent contest. Despite her nerves, Beyoncé stole the show and won the competition – the first of many awards she would receive (23 Grammys at the last count). But as the book explains, Beyoncé’s was anything but overnight success – wow, has she worked hard, pouring everything into her career. It’s a fascinating and inspiring story and told so that readers will feel they are there with her, experiencing the stage-fright, the disappointment of losing her first record deal and her determination to make her way on her own terms.It’s super-readable, helped by black and white illustrations on every page, including lots of Beyoncé, in which she addresses us direct. With real insight as well as all the facts, this is a great series and Ms Knowles-Carter’s story a terrific addition to it.