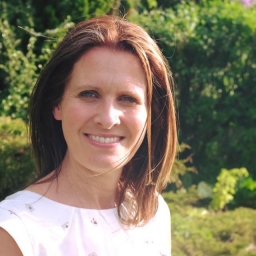 Hannah Gold worked in the film and magazine industries before taking time out to pursue her dream of writing. She lives in Lincolnshire with her tortoise, her cat and her husband. This is her middle grade debut.

March 2021 Debut of the Month | A Julia Eccleshare Pick of the Month February 2021 | A heart-warming and magical story of a very special relationship between a child and a polar bear which will inspire readers of all ages to realise that they, like April, can make a difference in the battle against climate change. When animal loving April arrives on Bear Island in the Arctic Circle where she will live for the next  six months while her father runs the scientific operations she is told that, despite the island’s name, there are no bears on it. The melting ice caps mean that the polar bears can no longer arrive from the nearest mainland near Svalbard. But April soon finds out that there is one bear left. And April needs to do everything she can to keep him alive. Confident of her ability to communicate with the bear and to feed him, April nourishes the bear and even plans his return to safety. Beautifully illustrated by Levi Pinfold, The Last Bear invites readers to care about the science behind the fate of an endangered species and to believe in one girl’s magical solution to the problem. **The images and illustrations in this extract are subject to copyright © Levi Pinfold and may not be used without permission.