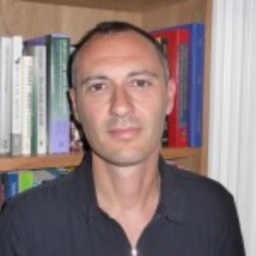 Professor Anthony Kessel is a public health physician, academic and author. Since 2019 Anthony has been working in a national role as Clinical Director (National Clinical Policy) at NHS England and NHS Improvement. Anthony is an international authority on public health, a Trustee director of BookTrust, and also advises other charities on global health and mental health.

Anthony has trained as an executive coach and writes a personal column - 'Global Health Experience' - exploring his leadership work through a lens of psychological wellbeing.

Outside Chance (Don't Doubt the Rainbow 2)

One evening Edie is babysitting for a neighbour, Donna, who has repeatedly caught sight of an estranged friend from overseas. What is troubling Donna, however, is that it seems she's been in the same place at the same time as this friend on a number of occasions over the past few days. At Donna's request, Edie looks into these apparent coincidences, using a combination of investigative work and conversations with her rabbi (who is tutoring Edie in preparation for her bat mitzvah) about the nature of fatalism and determinism. Meanwhile, Edie's school friend Harry Coranger is suspicious of his stepfather, who has become involved with ultra-radical anti-capitalists who, furious at the state of the planet and its greed-fuelled decline, are plotting an audacious double atrocity: a bombing and a hijacking. When Harry bizarrely disappears, Edie becomes embroiled in trying to find him and, ultimately, foil the terrorists' plans. Utilising her brave instincts and skills as a supersleuth for hire, Edie sets about resolving and averting the mysteries and crises that she is confronted with as she comes to realise that things often happen outside of chance, and outside of our understanding and control. Outside Chance is the second instalment in Anthony Kessel's four-book Don't Doubt the Rainbow series a new contemporary middle-grade detective series with a difference. To solve each mystery, 13-year-old Edie Marble must harness the Three Principles, a new approach to understanding how the mind works that is currently proving invaluable in improving mental health and well-being in children internationally. Reading age 11+.

August 2021 Book of the Month | Edie is still grieving for her mother, killed a year earlier in a horrible accident, when she discovers a secret note her mother left for her. It states that the ‘accident’ was anything but, and that this is the first in a trail of clues she has left for her daughter, explaining what it was she was investigating, and why it got her killed. The tension heightens as Edie solves the clues, putting herself in more and more danger. The people who arranged her mother’s murder are utterly ruthless while Edie has very few she can turn to for help. Anthony Kessel handles plot and character well and this DIY detective story will appeal to fans of Holly Jackson and Sophie McKenzie. NB, there’s one particularly violent scene that some readers might find upsetting.