Set in Liverpool during World War II, Alan Gibbon’s novel is a compelling drama. It packs a real emotional punch despite its short extent, which is Barrington Stoke style, part of their method of removing the obstacles that can put off struggling or dyslexic readers. Jimmy, Molly and their parents live with his nan, but she’s never approved of their dad, and holds him responsible when their mum is killed in a bomb blast. Things get bleaker when Dad’s ship is torpedoed. The book gives a real sense of the lives of city kids during wartime, and Gibbon’s staccato style - nan ‘had a face like a hawk and a taste for Guinness.’  - suits the format very well.

Family drama set during World War II. It's the height of World War II. Jimmy and his sister Molly are a couple of the only kids to have not been evacuated to the countryside and with no school to speak of, they lead fairly carefree lives despite the war raging around them. But tragedy strikes when their mother is killed in an air-raid and Nan, blaming their father for her death, forbids him to see the children ever again. Can Jimmy and Molly figure out a way to see their father?

Alan Gibbons is a full time writer and a visiting speaker and lecturer at schools, colleges and literary events nationwide, including the major Book Festivals: Edinburgh, Northern Children's Book Festival, Swansea, Cheltenham, Sheffield and Salford. Alan is also a key contributor at the QCA/National Literary Strategy 'Writing Together' conferences. As well as being a writer, Alan is a high profile library campaigner. He lives in Liverpool with his wife and four children. He has written over 60 books and won many prestigious awards such as the Blue Peter Award for ‘The Book I Couldn’t Put Down’, ... 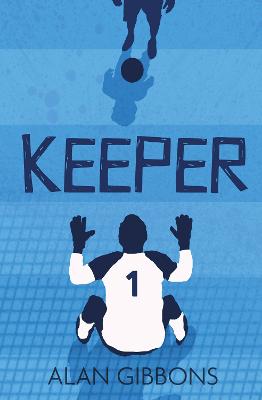 View All Books By Alan Gibbons