LoveReading View on I am David

Anne Holm’s novel, first published in the UK in 1965, is one of the most honest and searing accounts for children of man’s inhumanity to man. It’s also one of the most hopeful. It tells the haunting story of a 12-year-old boy who is helped to escape from a concentration camp in Eastern Europe by an otherwise hateful guard. Convinced this is a trap to kill him, David nevertheless sets off by way of Greece, Italy, Switzerland and Germany in order to get to Denmark, where his former captor had told him he would find ultimate safety. His journey is full of incident, this is a tense and exciting story. Brought up in the camp, David knows nothing of the outside world, but he knows who he is. No matter what happens, he has decided he will not give in to men who love violence and he won’t let them change him. Holm felt that children need ‘real, valuable literature’ and I Am David is a masterpiece. This new edition is an attractive little hardback, its clear layout matches David’s voice.   ~ Andrea Reece

I am David Synopsis

'You must get away tonight,' the man had told him. David escapes from the concentration camp where he has spent his entire life and flees across Europe. He is utterly alone - who can he trust? What will await him? And all the while, how can he be sure that they won't catch up with him...

This is the remarkable story of David's introduction to the world: sea, mountains and flowers, the colours of Italy, the taste of fruit, people laughing and smiling, all are new to David. David learns that his polite manner, his haunted eyes and his thin features are strange to other people. He must learn to fend for himself in this strange new world.

Anne Holm, born Else Annelise Jørgensen (September 10, 1922 in Oksbøl - December 27, 1998) was a Danish journalist and children writer. She spent part of her life in United States. Also writing under the pseudonym Adrien de Chandelle.Her books are typically recommended to age groups 8-16 years, but they include elements even for adult readers. Her best known book is David (1963) (translated I am David and filmed 2004; also published with name North to Freedom), which tells about a 13-years old boy who grows in a prison camp, escapes and travels home through Europe. It's a book about hope ... 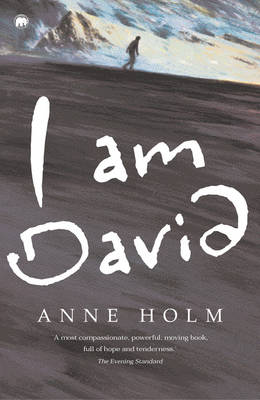 View All Books By Anne Holm