LoveReading View on The Silver Sword

A classic story from World War Two, this tells how three children, Ruth, Edek and Bronia are helped by the young orphan Jan to escape from the horrors of Warsaw after the arrest of their parents. How the children travel across war torn Europe surviving every kind of danger and privation is thrilling and deeply moving. It is the story of a terrible time made bearable by the strong streak of humanity at its heart and by the unusual acts of kindness the children experience on their travels.

Although the silver sword was only a paper knife, it became the symbol of hope and courage which kept the Balicki children and their orphan friend Jan alive through the four years of occupation when they had to fend for themselves. And afterwards it inspired them to keep going on the exhausting and dangerous journey from war-torn Poland to Switzerland, where they hoped to find their parents.

Based on true accounts, this is a moving story of life during and after the Second World War.

One of the great and enduring tales of survival, courage and hope. Ian Serrailler tells this extraordinary wartime story simply and directly, so that we feel the full force of its truth -- Michael Morpurgo

As a child I was tremendously moved by Ian Serrailer's The Silver Sword; the combination of childhood heroism in a bleak and horrific environment left me with many questions about the dichotomy of good and evil, as well as the importance of loyal friendship -- John Boyne

On the run in Nazi-occupied Europe, four children try to make their way to Switzerland, led by Jan whose ‘silver sword' (a paper-knife) is their talisman. A desperate and touching story.

Ian Serraillier (September 24, 1912 - November 28, 1994), was a British novelist and poet. Serraillier was best known for his children's books, especially The Silver Sword (1956), a wartime adventure story which was adapted for television by the BBC in 1957 and again in 1971.Born in London, Serraillier was educated at Brighton College and took his degree at St Edmund Hall, Oxford. He became an English teacher and it was during this period that his first published work appeared, in the form of poetry for both adults and children. In 1946 his first children’s novel was published. It was followed by several more adventure ... 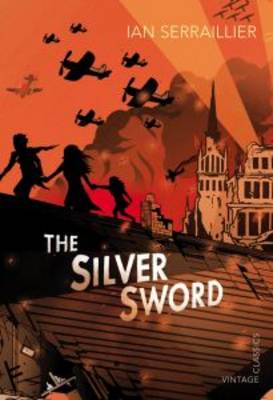 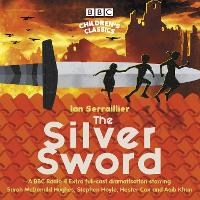 View All Books By Ian Serraillier