Part of the The Bolds Series

LoveReading View on The Bolds

Superbly characterful illustrations and a truly bonkers concept, but told with such verve and style that readers will be entirely swept away. A joy to read aloud

Comedian, entertainer and ‘national trinket’ Julian Clary now turns out to be a talented children’s writer too. The Bolds, his first book for children, is a real treat – a funny story with a ludicrous but hugely enjoyable plotline, lots of jokes, some nail-biting moments and wonderful characters. The Bolds live happily in Teddington where Mrs Bold sells hats and Mr Bold writes the jokes for Christmas crackers, jobs for which they are perfectly suited. Hardly anyone knows they are actually hyenas! Their secret nearly comes out when they attract the attention of their grumpy next-door neighbour, but maybe he’s got things to hide too. David Roberts’ illustrations are a joy to behold and perfectly catch the stylishly dressed Bolds’ blithe, carefree happiness. A very special book.

Books in The Bolds Series:

2. The Bolds in Trouble

3. The Bolds to the Rescue

4. The Bolds on Holiday

Mr and Mrs Bold are just like you and me: they live in a nice house (in Teddington), they have jobs (like writing Christmas cracker jokes) and they love to have a bit of a giggle. One slight difference: they're hyenas. Yes, that's right - they're covered in fur, have tails tucked into their trousers, and they really, really like to laugh.

So far, the Bolds have managed to keep things under wraps, even when their children Bobby and Betty were born. But the nosy man next door smells a rat (or a hyena), and a trip to the local wildlife park, and the brilliantly wacky heist that results, could be the end of Teddington's best-kept secret. Whatever will the neighbours think?

Julian Clary is a comedian, entertainer and novelist, who has toured across the world with his one-man shows. He became a household name in the late 1980s, and remains one of the country's most popular (and least predictable) entertainers. Julian has appeared on numerous popular TV shows including Celebrity Big Brother (which he won), Strictly Come Dancing, This Morning, QI, Have I Got News For You and is a regular panellist on BBC Radio 4's Just a Minute. He has starred in West End productions of Taboo and Cabaret, and appears in panto most years - he loves wearing silly ... 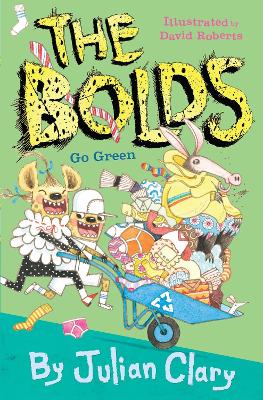 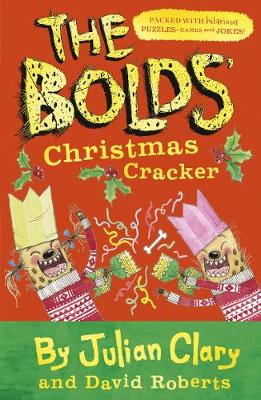 View All Books By Julian Clary