Part of the Geek Girl Series

LoveReading View on All That Glitters

September 2015 Book of the Month  Welcome back Harriet Manners, self-confessed geek and the only supermodel in the world who repeats the entire periodic table when stressed. For those not in the know, this is the fourth book about Harriet, who now has a huge following amongst teens, and no wonder: the stories of her attempts to fit in and win friends at school, in between the occasional glamorous but hectic modelling shoot, are touching, true, and always very funny. In this episode she’s starting at sixth form and determined to reinvent herself. It’s not easy though, and best friend Nat, now studying elsewhere, isn’t there to help. Harriet is missing her boyfriend Nick too and regretting finishing with him. To cap it all, she’s suddenly the face of a huge advertising campaign for a new perfume, Luminate. As ever, the focus is on what matters to readers of the books, rather than readers of Vogue, and beneath the shiny surface is a heart of solid gold.  Andrea Reece

We asked a number of our readers to review the first in the series, Geek Girl.....here's a taster....'After reading Geek Girl, I felt proud to be who I am because the book shows that you don't have to be like anyone else, you can just be yourself'

All That Glitters Synopsis

My name is Harriet Manners, and I am still a geek.

The fourth book in the award-winning Geek Girl series. Harriet Manners has high hopes for the new school year: she's a Sixth Former now, and things are going to be different. But with Nat busy falling in love at college and Toby preoccupied with a Top Secret project, Harriet soon discovers that's not necessarily a good thing...

All That Glitters Press Reviews

Loved GEEK GIRL. Wise, funny and true, with a proper nerd heroine you're laughing with as much as at. Almost. James Henry, writer of Smack the Pony and Green Wing

A feel-good satisfying gem that will have teens smiling from cover to cover, and walking a little taller after reading - Books for Keeps 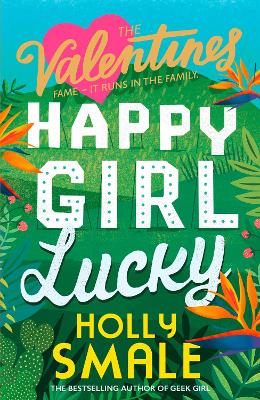 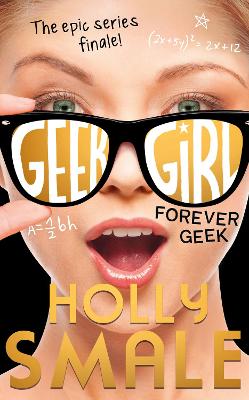