LoveReading View on The Seal's Fate

Julia Eccleshare's Pick of the Month, November 2015 Children’s Laureate of Ireland Eoin Colfer tells a touching story of a young boy trying to live up to his father which means doing something that goes against his nature. Bobby’s father is the bravest and best fisherman in the area and, now school is finished, Bobby has joined him on the boat. But times are hard. The fish are all being eaten by seals. Bobby’s dad puts a bounty price on the head of seals; every person who brings in a seal fin will get £1. But can Bobby kill a seal? Especially, can he kill his pet seal? Bobby’s dilemma is delicately explored in Eoin Colfer’s words and Victor Ambrus’s illustrations. ~ Julia Eccleshare

Barrington Stoke constantly prove that dramatic, thought-provoking stories can be told in less than 100 pages. Eoin Colfer’s short often very funny novel concerns a boy facing a difficult decision: should he follow his father’s instructions and club a seal to protect his family’s livelihood, or should he ignore his responsibility and let the animal live? The choice he makes will mark him adult or child. In fact, by a twist of fate happy for boy and seal, he doesn’t have to make the decision, but just considering it defines him still. In this snapshot of one crucial episode in Bobby’s life, Colfer gives us details that bring the boy, his friends and town completely to life. Victor Ambrus’s illustrations are equally vivid and dynamic, showing us exactly what the characters are thinking and feeling. ~ Andrea Reece

The Conkers imprint has quickly and successfully established itself: offering the very best authors and illustrators, all heavily illustrated throughout, in a range of gorgeous formats.

A stunning coming-of-age novella by international best-selling author and Irish Children's Laureate Eoin Colfer, beautifully illustated by twice Greenaway winner Victor Ambrus. Inspired by an episode from Eoin Colfer’s father’s youth, The Seal’s Fate is set during a seal ‘bounty’ in Wexford, Ireland, and examines the choice one boy must make between his own conscience and his father’s expectations. Witty and unsentimental, the book features unforgettable characters.

School's out, and Bobby Parrish is spending the summer on his dad's boat. Job number one is to deal with the seals infesting the peninsula. The money's good - but Bobby knows, deep down, that he hasn't got it in him. Eoin Colfer's trademark humour and lightness of touch and Victor Ambrus's classic artwork evoke a strong sense of place, character and vitality. An ideal gift for lovers of the best writing and artwork the children's market has to offer.

Publisher Mairi Kidd says, “it’s only relatively recently that illustration has fallen from favour in fiction and it’s wonderful that books like A Monster Calls have reminded us of the alchemy that is seriously special writing married with seriously special illustration. Eoin Colfer and Victor Ambrus may tell stories in different media but they are both masters of their craft, with a particular gift for sense of place and character. We were incredibly lucky in The Seal’s Fate to be able to bring them together.” 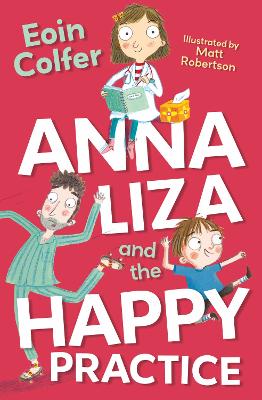