Rebel of the Sands

Part of the Rebel of the Sands Trilogy Series

LoveReading View on Rebel of the Sands

February 2016 Debut of the Month  Smart-talking, sharpshooting Amani Al’Hiza is desperate to flee dead-end Dustwalk to make a better life for herself. While her prospects seem pretty much limited to being married off, the arrival of an enigmatic stranger presents Amani with an opportunity to escape. But their journey across the desert plains is fraught with multiple perils, from the ruthless Sultan’s army, to the menace of mystical beasts.

This rollicking romp of a debut, the first in a trilogy, is an intoxicating blend of steam punk-esque Western and Arabian epic. It’s a richly-evoked, action-packed tale of rebellion, revolution, romance and djinni magic, driven by drama and a cast of vividly realised characters. Saddle up and prepare for an unforgettably entertaining ride. ~ Joanne Owen

A Piece of Passion from Alice Swan, Commissioning Editor  Dear reader, You have in your hands the hottest YA debut of 2016. Imagine the scene: the Faber office was winding down for Christmas. I was mostly eating mince pies and desk tidying and finishing off those last bits and pieces before the break. And then I read Rebel of the Sands. Suddenly I was bursting with energy. We had to publish this book! The team read it, and then word spread and suddenly the whole company were demanding a look and I was getting glowing feedback, from the Managing Director to the Finance Director! We were whisked into the frenzy of a fiercely contested worldwide auction. We were determined that we would win. We would do anything it took . . .
So what makes Rebel of the Sands so exceptional? Part Western, part Arabian Nights, this is the most original, genre-busting YA novel I have ever read. The writing is so compelling, the action so edge-of-your-seat exciting that you are swept deeply into a world of sharpshooters, train robberies, festivals under the stars and dazzling djinni magic. It’s a story so rich in plot, character and description that it feels like a feast.
Read, enjoy and then join me in spreading the word about a sensational new author and a phenomenal story. JOIN THE REBELLION!

Rebel of the Sands Synopsis

Tell me that and we'll go. Right now. Save ourselves and leave this place to burn. Tell me that's how you want your story to go and we'll write it straight across the sand. Dustwalk is Amani's home. The desert sand is in her bones. But she wants to escape. More than a want. A need... Then a foreigner with no name turns up to save her life, and with him the chance to run. But to where? The desert plains are full of danger. Sand and blood are swirling, and the Sultan's enemies are on the rise.

Sold immediately at auction across the world, this phenomenal novel is the first in a trilogy packed with shooting contests, train robberies, festivals under the stars, powerful Djinni magic and an electrifying love story. This promises to be a global super lead.

Rebel of the Sands Reader Reviews

Rebel of the Sands Press Reviews

Vivid, romantic and wildly entertaining. You will cheer for Amani the whole way as she escapes the bonds of oppression and finds her own power, and you will mark your calendar for the sequel. Highly recommended.  Rae Carson, author of Girl of Fire and Thorns

Alwyn Hamilton was born in Toronto and spent her early years bouncing between Europe and Canada until her parents settled in France. She left France for Cambridge University to study History of Art at King's College, focusing in on painting in the French Revolution. She then moved to London where she now lives and put her degree to use working for an auction house. Rebel Of The Sands was her first novel. 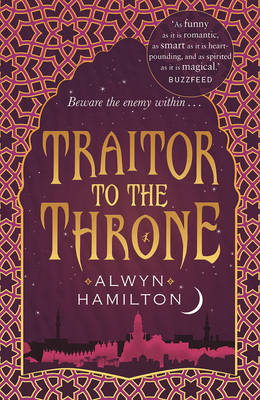 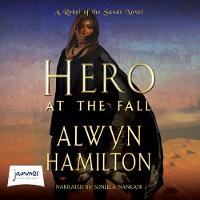 View All Books By Alwyn Hamilton