Hannah in the Spotlight

Part of the Star Club Series

LoveReading View on Hannah in the Spotlight

In a nutshell: drama | family dramas | friendship |    Natasha Mac a'Bháird cleverly mixes the classic theatre story with family drama and a touch of mystery to create an original, exciting contemporary girls’ story. Hannah has four little brothers and sisters, the youngest just a baby, and is kept busy helping her mum. But it’s the summer holidays and she longs to be doing something exciting. With her two best friends and new next-door neighbour Meg, she decides to put on a theatrical performance – an adaptation of Ballet Shoes. The drama is heightened by a mystery surrounding Meg and her mum, and then the show is thrown into jeopardy when Hannah’s mother breaks her ankle. As good on the fun and frustrations of family life as it is on the thrill of acting, with a great central character, and scattered with references to Little Women as well as Ballet Shoes, this will have readers shouting for an encore.

This will appeal to readers of Cathy Cassidy and Sarah Webb, as well as to fans of Noel Streatfeild.  ~ Andrea Reece

A Piece of Passion from Senior Editor, Helen Carr  - There's nothing nicer, as a children's editor, than reading exactly the kind of book you know you'd have LOVED as a kid; well, that's exactly what I got when I read Hannah in the Spotlight by Natasha Mac a'Bháird. Hannah and her friends are the 2016 equivalents of Noel Streatfeild's heroines in Ballet Shoes and The Circus is Coming; passionate about acting, dancing and writing, they set up their own theatre group, Star Club, and vow to work at their skills and put on great shows. When things get tough, the girls work together and decide the show must go on! This is the first book in the Star Club series and I can't wait to read what the girls get up to in the rest of the books.

Hannah in the Spotlight Synopsis

The summer holidays are here, and Hannah is wishing she could have gone to drama camp. Instead it looks like she’s going to end up being an unpaid babysitter to her younger brothers and sisters. Then she meets Meg, who has just moved in next door, and together with her friends Ruby and Laura they decide to form Star Club – a drama club of their own, where they’ll all get a chance to practise their acting skills.

The girls work hard to get their first show ready for Maisie’s birthday party. Then disaster strikes, and Hannah finds herself torn between Star Club and big sister duty. Meanwhile, something very strange is going on with Meg, who seems to have a lot of secrets she’s not sharing. But whatever happens, the show must go on!

Hannah in the Spotlight Press Reviews

Natasha Mac a'Bhaird is a freelance writer and editor. She is the author of the bestselling wedding planning book, The Irish Bride's Survival Guide, a new edition of which was published in 2011. Her first two children’s books, Missing Ellen and Olanna’s Big Day, were both chosen for the White Ravens Collection. and was shortlisted for the Reading Association of Ireland Award 2011.  She has written three books in the My Ireland Activity Book series The Wild Atlantic Way, Cliffs of Moher and the Burren, and Dublin. Starring Meg is the second book in the Star ... 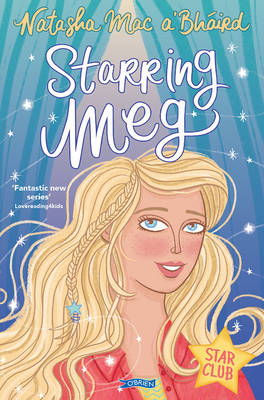 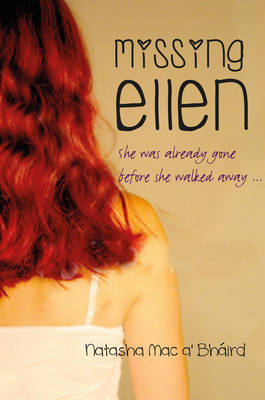