In a nutshell: four-legged comedy capers |  The starting point for David Baddiel’s new children’s book is a zany ‘what if’ scenario that sets up a very funny story of self-discovery. Malcolm is the only member of his family not to love animals (possibly due to an unpleasant experience with a monkey and its poo on a day out at the zoo), until a meeting with a mystic goat on the year six trip turns him into a series of different creatures, including tortoise, cat and pig. Will the experience change his view of animals? Bonkers as the situation is, much of the comedy derives from Baddiel’s sharp observations of ordinary life - the animals share lots of human characteristics – as well as his skill in setting up and delivering funny lines. Malcolm is a sympathetic character too, and readers will want to know what happens.  ~ Andrea Reece

Executive Publisher, Ann-Janine Murtagh.  “David Baddiel has taken the children's book world by storm! He combines his incredible literary talent with audacious and original storytelling for kids which together with his high octane humour have made his books a massive hit with his growing band of young Baddiel fans. His latest novel is a testament to that - a hugely imaginative adventure with a Home Alone meets Animal Farm twist! We are truly delighted to have signed David for three more books which sets us up for brilliant publishing in the years ahead and is destined to make David Baddiel a major children's author brand in the future.”

From David Baddiel, the brightest new star of children's books and winner of the Lollies award, comes a laugh-out-loud adventure for every child who ever wondered what it might be like to be a bit of an animal...

Malcolm doesn't like animals. Which is a problem because his family love them. Their house is full of pets. What the house is NOT full of is stuff Malcolm likes. Such as the laptop he wanted for his birthday. The only bright spot on the horizon is the Year Six school trip, which Malcolm never thought his parents would pay for. And yet there he is, on the bus, heading to...oh no. A farm. Over the next days, Malcolm changes. He learns a lot about animals. More, in many ways, than he would like. He learns what it's really like to be an animal. A whole series of animals, in fact...It does make him think differently. And speak differently. And eat differently. And, um, smell differently. But will he end up the same as before? Because sometimes the hardest thing to become is...yourself.

Reviews for The Parent Agency:

Funny, sometimes moving, always engaging Guardian I love this book because it really made me laugh! The best book I've read since I was born! Tom, 11, LoveReading4Kids

Exciting and funny - I didn't want to put it down! Daisy, 10, LoveReading4Kids

Reviews for The Person Controller:

David Baddiel has written and performed in a series of highly successful TV comedy shows, including The Mary Whitehouse Experience and Baddiel and Skinner Unplanned. He is the author of three previous novels for adults, but The Parent Agency is his first book for children. He lives in London. 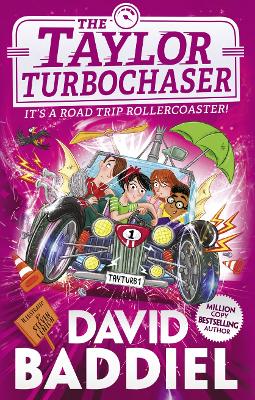 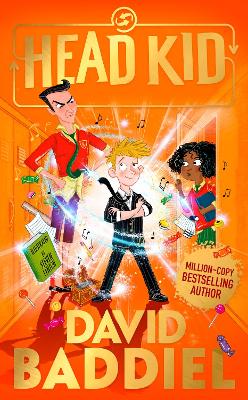 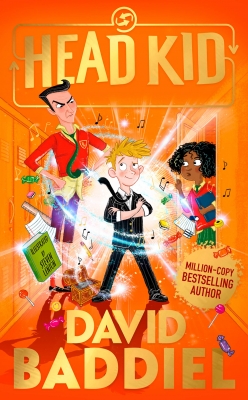 View All Books By David Baddiel