The Girl in the Broken Mirror

LoveReading View on The Girl in the Broken Mirror

Fight to forge a happily ever after | A powerful story, which is ultimately hopeful and positive, but which tackles the serious issues of rape and suicide. Written in an accessible, powerful way - everyone should read this, if they can.

When Jay’s father died, her life imploded in every way imaginable. Not only did she lose her vibrant, supportive dad, but she and her mum also lost their comfortable life. Her mum’s now struggling to pay the rent and although Jay helps out by working, it’s not enough to make ends meet so they’re forced to move in with relatives. Jay’s formidable Aunty Vimala demands strict adherence to traditional Indian values - girls must work hard around the home, and definitely must not have male friends. Boys, on the other hand, such as Aunty Vimala’s sons, are afforded freedoms and can do no wrong. Jay and her mother cook and clean to pay their way alongside trying to keep up with their respective ways out - in Jay’s case, this means doing well at school in order to go to university, while her mum is training to be a teacher.

Already trapped and isolated, Jay’s situation plummets further when she’s brutally assaulted by a relative. Her experience and response to this terrible event are powerfully conveyed, as is her traumatic journey to recovery. She’s left feeling broken, and this in turn threatens to break her relationship with her mum.

This is an unflinching, multi-layered exposition of male privilege, male abuses of women, and the clash of cultures. With hard-hitting clarity it also shows how girls are silenced, made to feel ashamed of their bodies, ashamed of wrongs done to them. Ultimately this is poignant personal story of a girl’s fight to rebuild and re-connect with herself and those who love her after a truly harrowing experience.

The Girl in the Broken Mirror Synopsis

Jay’s creative writing exercise is to write a fairy tale, ending ‘and they lived happily ever after’.

But the way her life is panning out she’s not sure it will ever reach that stage. Jay is an only child whose father died some years earlier. Her father believed that well educated girls could make successful independent lives. Now she has to move with her mother to her Aunt and Uncle’s house where her cousins live. Her aunt is a particular kind of Indian woman with super strict rules for girls and boys. Jay will be expected to have only Indian friends, if she has any at all. How can she see her school friends, Chloe and Matt?

But being forced to conform to conservative Indian customs and traditions is only the beginning of a nightmare for Jay. When her life implodes, how can she hide the shame and how will she find a way to keep going?

A gripping, contemporary story with strong female characters that explores the trauma of familial violence which teenage girls may face every day, whether as victims or bystanders.

The Girl in the Broken Mirror Press Reviews

Both harrowing and touching. The honesty here was very refreshing, and very hard-hitting, which is much needed. For me, the most engaging aspect was the way Jay's painfully deconstructed sense of self is rebuilt, culminating with the final, life-affirming scene. It was a wonderful way to end the story, and made me smile.    — Bali Rai, author of Rani & Sukh and (Un)Arranged Marriage

Savita Kalhan was born in India but moved to the UK when she was very young. She graduated with a joint honours degree in Politics and Philosophy from the University of Wales. She was a Batik artist and teacher before she turned to writing. Her debut novel, The Long Weekend, is described as an intensely compelling thriller which addresses the issue of stranger danger (published by Troika in 2020). Her most recent book was The Girl in the Broken Mirror published by Troika in 2018. Savita lives in London. 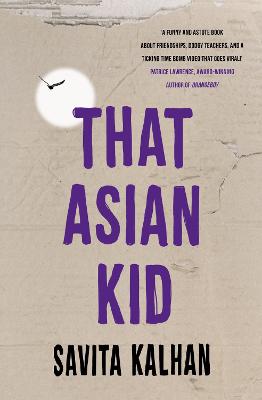 View All Books By Savita Kalhan