Stubby: A True Story of Friendship

LoveReading View on Stubby: A True Story of Friendship

Wonderfully told and illustrated by this multiple award winner; this tells the true story of a stray dog who is adopted by an American soldier and goes to war with his new owner's division during World Wa

A Julia Eccleshare Pick of the Month October 2018 |

Based on the true American story from World War One the atmospheric illustrations and simple text of Stubby gives a moving insight into the horrors of the war as seen through  the story of the exceptional contribution of a stray dog. When Stubby, a little dog with no home of his own, wanders into an army training camp he quickly becomes a much loved mascot for the young soldiers. Taken overseas to the battlefields, he shows incredible bravery and loyalty, including barking a warning to the soldiers when he can smell the deadly poisonous gas and alerting his soldiers to the presence of enemies. When peace is declared, Stubby is given his very own special coat with medals on it as a reward for his courage. On his return to the US with his soldiers friends Stubby is even taken to the White House to meet the President.

A Dangerous Game by Malorie Blackman

Uncle Gobb and the Plot Plot by Michael Rosen

Hampstead the Hamster by Michael Rosen

Stubby: A True Story of Friendship by Michael Foreman

The Antlered Ship by Dashka Slater

All the Way Home by Debi Gliori

Snow in the Garden by Shirley Hughes

The Skylark's War by Hilary McKay

This edition coincides with the release of the major animated film, Sgt. Stubby, starring Helena Bonham Carter and Gerrard Depardieu.

From an army training camp to the trenches in France, this is the incredible true story of Sergeant Stubby, the dog who served bravely in the First World War, sniffing out gas attacks, catching spies and winning the hearts of his fellow soldiers.

Michael Foreman was our Guest Editor in March 2010 - click here - to see the books that inspired his writing. Michael Foreman was born in Suffolk in 1938, and studied at Lowestoft School of Art, St Martin’s, London, and the Royal College of Art, where he won a scholarship to the USA in 1963. He has worked as an Art Director at Playboy and King magazines and still works as Art Editor of the literary journal Ambit. He has also made animated films in Scandinavia and for the BBC. His first book, The General, (a picture book published in 1961), dealt ... 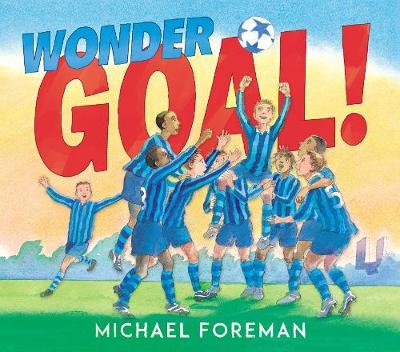 View All Books By Michael Foreman