Shortlisted for the UKLA Book Awards 2019

Shot through with passion, tension and tragedy, this stunningly illustrated biographical verse novel explores Mary Shelley’s extraordinary life, from her birth to pioneering mother of modern feminism, Mary Wollstonecraft, to her writing of Frankenstein and beyond. It’s the story of the original female teen rebel, of an exceptional young woman who forged her own path and refused to be silenced even when family and friends cast her aside.

The framing of Mary’s rebellious life within her mother’s is perfectly expressed: “Mary Wollstonecraft was mother to a rebellion/before she was mother to me.” Though they only had eleven days together, young Mary connects with Wollstonecraft through her books: “Her thoughts and ideas reach across the space of time/and come alive and lodge inside my chest.” In her early teenage years she meets the married poet Shelley and in an instant “the entire landscape of my existence changes”. After vowing in her mother’s revolutionary spirit that “Shelley and I will fight our own/and set the word on its edge”, she and Shelley flee to Paris, then Switzerland, their passion ablaze. Soon after, impoverished and pregnant, she returns to England a shamed figure and then comes tragedy. At seventeen she is “daughter to a ghost and mother to bones”. Of course, she rises and returns to Switzerland where she creates the most memorable of literary monsters among the artistic madness of Shelley and Byron.

Suffused in the indomitable spirit of its subject, this beautiful book is a triumph of biographical storytelling.

Lita Judge on Mary Shelley: We’ve all heard the popular myth that Frankenstein was conceived spontaneously on a stormy night when the poet Lord Byron dared a small party of fellow expatriates to write ghost stories. But this myth strips away the identity of the brilliant young woman who wrote one of the most influential novels of the Romantic era and places credit for its inspiration in the hands of a man. The truth is much more interesting. Mary Shelley deserves our attention. She helped set in motion the feminist movement by defying the restrictions society imposed upon women… Mary was a pregnant teenage runaway, rejected by her family and spurned by society. She was reviled for daring to love a married man, the poet Percy Bysshe Shelley, and later suffered more hardship due to his mental illness. But instead of being defeated, Mary transformed her suffering into empathy and strength.

Mary's Monster is the compelling and beautifully illustrated story of Frankenstein's author Mary Shelley - the original rebel girl and an inspiration for everyone from teenage readers to adult. Aged 16 and pregnant, Mary runs away to Switzerland with the married poet Percy Bysshe Shelley. Few people would have guessed that that fateful act would lead to a gothic novel still celebrated 200 years later. But cast out by her family and isolated by society, Mary Shelley created Frankenstein and his monster, forged in the fire of her troubled and tragic life. Part biography and part graphic novel, Mary's Monster is an engrossing take on one remarkable young woman and her monster.

If this book doesn't win every award out there I'm going to be quite disappointed in the world. It is astounding - a truly amazing and beautiful piece of work. - @LisaLibros

It's 200 years since Frankenstein was first published, and this hybrid volume - somewhere between illustrated book and graphic novel - celebrates the life of its creator in smoky monochrome images and impassioned prose. Sweeping and gothic, yet carefully researched, it's a fitting companion to Mary Shelley's classic text -- Suzi Feay - The Financial Times

Stupendously illustrated...It's a heart-wrenching read in parts, and a deeply inspiring one in others. - BookTrust

Lita Judge is the author and illustrator of twenty fiction and non-fiction picture books, which have received numerous awards. Mary’s Monster was inspired by reading Mary and Percy Bysshe Shelley’s journals while exploring places they travelled. Creating this book was a journey in itself, and took five years to complete. Before she created art and books, Lita was a geologist and worked on dinosaur digs. But a trip to Venice with her husband inspired her to pursue a lifelong passion for creating art. Now, when not in her studio, she can be found backpacking with her ... 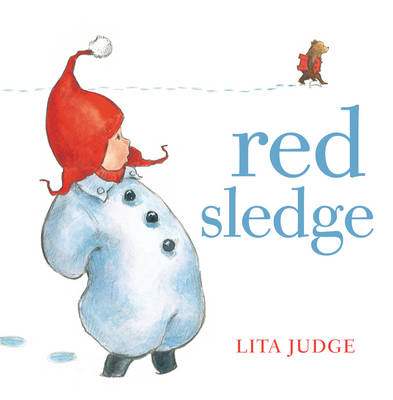 View All Books By Lita Judge