A novel by award winning author Patrice Lawrence about change, and how to live within the rules – when you don’t know what the rules are.

Rose is a 17-year-old girl who – with her mother and brother, Rudder, have been expelled from a religious community.  Now she plans to ‘decommission-from the sect’ and has a very adventurous, quite dangerous plan for doing so.  She’s even got herself a boyfriend who will help with this plan – perhaps a bit too enthusiastically!

Lawrence is a writer who just goes from strength to strength – this latest novel building upon all that have gone before, starting from the award winning ‘Orangeboy’.  This explores what happens when two young people are removed from all they know (a very rule heavy religious sect) and let loose in modern society.  They have to learn everything that all their peers take for granted, including how to deal with social media, school, bullying etc. The reader empathises so strongly with all the characters – and almost want to shout at the page when they can see a mistake looming as Rose and Rudder act without any guidance. This is a look at morality, an exploration of how we react to uncertainty, and a lesson in what life is like for families where one parent has to earn money all the time to just keep a roof over their heads. Readers will recognise the hard edges of this modern world but appreciate the compassion Lawrence shows for her characters.

Being a teenager is hard enough, but it's even harder in a world you've never known ...

Eighteen months ago, 17-year-old Rose and 13-year-old Rudder escaped a strict religious sect with their mum. They are still trying to make sense of the world outside - no more rules about clothes and books, films and music, no more technology bans. But also no more friendship with the people they've known all their lives, no community and no certainty. It doesn't help that their mum has to work all hours to pay rent on their cramped, smelly, one-bed flat above a kebab shop in Hackney.

While Rudder gorges on once-taboo Harry Potters and dances to Simon and Garfunkel and show tunes, Rose swaps the ankle skirts and uncut hair of the Woodford Pilgrims for Japanese-cute fairy dress and her new boyfriend, Kye. Kye, who she wants with all her being. But there's loads of scary stuff about their new life that Rose and Rudder have no idea how to handle - it's normal for girls to let their boyfriends take naked pictures of them, right?

When Rudder accidently sets a devastating chain of events into action, Rose must decide whether to sacrifice everything and go back to the life she hates, in order to save the people she loves.

A story about coming of age, slap-bang in the middle of a strange new world.

• ‘Incredible book. Thank you Patrice Lawrence for such a fresh and riveting piece of fiction.’ - Ben Bailey Smith (Doc Brown) on Orangeboy

• ‘What a book! Such a gripping, gritty storyline, with such wonderful, believable characters. Loved it.’ – Tanya Landman, author of Buffalo Soldier on Orangeboy

• ‘Think Jacqueline Wilson with swearing and lots of contemporary cultural references... a red hot mystery.’ – The Times on Indigo Donut

• '...another brilliant story that will suck you in and leave you looking at the world through different eyes. Lawrence deserves all the awards that were heaped on Orangeboy, and her latest book is every bit as good.' - Crime Review on Indigo Donut

A World Book Day Author 2019 Patrice Lawrence was born in Brighton and brought up in an Italian-Trinidadian household in Mid Sussex. Patrice lives in east London and shares a cat called Stormageddon. She has been writing for as long as she has been reading. She loves crime fiction, sci-fi and trying to grow things. Her ideal mixtape includes drum 'n' bass, Bruce Springsteen and Studio Ghibli soundtracks. Music can't help creeping into her books. Her debut novel, Orangeboy, won the Waterstone's Book Prize for Older Readers and the YA Book Prize, and her second novel, Indigo Donut, won the Crime ... 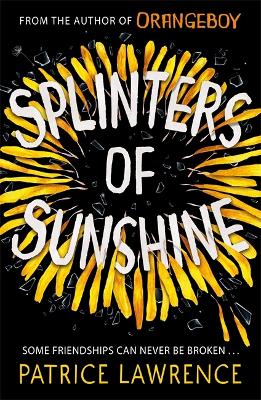 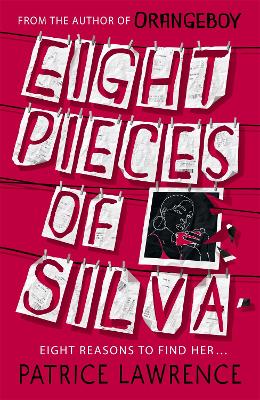 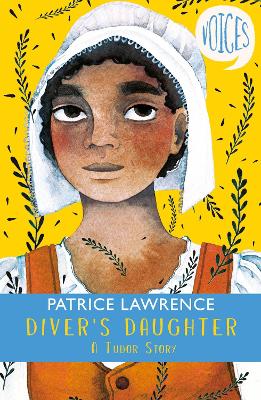 View All Books By Patrice Lawrence