Jemima Small Versus the Universe

LoveReading View on Jemima Small Versus the Universe

Empowering, poignant story of a young teen’s battle with body-shaming bullies as she has her sights set on competing in a TV quiz battle.

“It would be so much better to have kind arms, or intelligent legs... Why did our good qualities have to be so invisible to everyone?” Wise words from our protagonist Jemima that expose what our world does - and doesn’t - value most. Namely, the exaltation of narrow ideas of the “body beautiful” over the likes of intelligence, kindness, empathy and loyalty. Ultra-intelligent Jemima Small knows this better than most. Small by name, she’s big in brains and body size - ”It’s typical of my life that I look the exact opposite of my name” - and constantly wounded by people weighing her with their eyes and the cruel body-shaming bullies at her school. That and the fact that her mum has abandoned her family has left Jemima with an empty space in her heart that “felt bigger than the universe sometimes.”

But with the support of her sweet best buddy Miki and the inspiring leader on her Healthy Lifestyle Class (AKA “Fat Club”), Jemima finds the strength to compete in Brainiacs, a national TV quiz for super-bright students. Adopting a mantra written by a teacher describing her chance in the quiz - ”Jemima Small: difficult to beat” - Jemima’s story will have readers rooting for her every step of the way. This is a mightily big-hearted book, with honest, vital messages about believing in yourself and flourishing in your own skin.

Jemima Small Versus the Universe Synopsis

Jemima Small is funny and smart. She knows a lot of things. Like the fact that she's made of 206 bones, over 600 muscles and trillions of cells. What she doesn't know is how that can be true and yet she can still sometimes feel like nothing...

Or how being made to join the school's special healthy lifestyle group - aka Fat Club - could feel any less special. But Jemima also knows that the biggest stars in the universe are the brightest. And maybe it's her time to shine...

"A beautifully crafted and very important novel" - Lucy Strange, author of Our Castle By the Sea

"Authentic and sensitive. this novel deals honestly with difficult emotions" - The Metro

"So much heart and warmth, and funny! An absolute joy." - Sara Barnard, author of Beautiful Broken Things

Tamsin Winter grew up in a tiny village in Northamptonshire where there was nothing to do. She spent her childhood reading books and writing stories, mostly about cats (she loves cats so much that they still always appear in her books). She has a degree in English literature and creative writing, and has been teaching, travelling the world and daydreaming for most of her adult life, and now lives in Leicestershire with her son. She is passionate about writing stories that she hopes can make a difference to readers’ lives. Read a Q&A with the author. 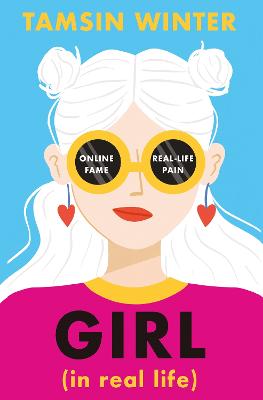 View All Books By Tamsin Winter