Animals in the Sky

LoveReading View on Animals in the Sky

From the author of Seeing Stars which detailed all 88 known constellations for older children, this stylish and sturdy book introduces just six of the most familiar and recognisable constellations to the very young.  Young children like nothing better than books which invite them to guess what is under the flap and here each constellation is introduced by the line-connected star cluster sparkling against the deep blue background of the night sky. As you read aloud the verbal clues, children are asked to guess the creature and the answer is revealed, with more lines filling in the details of the animal, under the flap, alongside more information about the constellation and its major stars. Flaps can be quite flimsy and often considered unsuitable for classroom use but, in this case, it is a solid full-page fold-out that will withstand multiple uses.

Children will definitely be inspired to do their own star gazing and to investigate further. Personally, this has helped enormously to understand how constellations got their names and to see the animal properly revealed. I still wonder, however, at the imagination of the Ancients that first connected those dots!

Animals in the Sky Synopsis

A graphically stunning introduction to constellations for the youngest readers, following the meteoric rise of global bestseller Seeing Stars.

This stylish, informative board book helps younger children identify six of the most recognizable animal constellations from The Great Bear to the The Southern Fish. Each constellation is introduced as a cluster of stars with its connected-line shape; readers then guess the animal through a series of read-aloud clues.

A full animal illustration gatefold reveals the answer, accompanied by extra information about the constellation and its important stars. Perfect for bedtime stargazing! Ages 2-4

Animals in the Sky Press Reviews

“To capture the wonder of the night sky, it takes a gorgeous volume like this.”—Booklist

“Budding stargazers will devour this guide offering the stories behind each star group, and how to find them in the night sky.”—Air & Space Magazine

“For the young explorer... A beautifully designed accessible guide to the constellations.” — Town & Country Online

Sara Gillingham is an award-winning art director and designer. She was the design director for children's publishing at Chronicle Books and taught at UC Berkeley and California College of Arts. In addition, she has written and/or illustrated several books for children. She lives with her family in British Columbia, Canada. 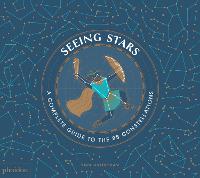 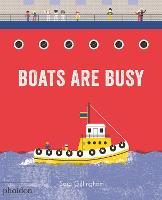 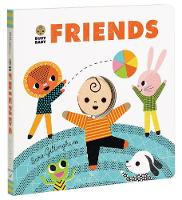 View All Books By Sara Gillingham