LoveReading View on The Short Knife

Set in the author’s native Wales during the dark days of the fifth century, Ellen Caldecott’s The Short Knife is an energetic, edge-of-your-seat page-turner with present-day resonance as 21st-century Britain - island of migrants - faces the challenge of forging an identity independent of continental Europe.

With the Romans compelled to leave Britain after 400 years, the island is on the brink of collapse. Amidst this uncertainty and the chaos of Saxon invasion, thirteen-year-old Mai is cared for by her dad and sister (she lost her mam when she was three), and wrestling with her “anger at the people free to flee into the hills. Anger at all the world and everyone in it. I want to open my mouth and let the fire out, burn it all into blackness.” When Saxon warriors turn up at their farm, the family is forced to flee to the dangerous hills themselves. Mai must cross the threshold from childhood to adulthood if she’s to survive in a hostile world in which speaking in her mother tongue might turn out to be fatal.

The cinematic scene-setting, first person narrative, and succinct, magnetically lyrical style make for a thrilling experience that will hook the most reluctant of readers. Recommended for fans of Caroline Lawrence and Damian Dibben’s The History Keepers series, this offers enlightening insights into British history with fresh flair, and through the eyes of a compelling main character.

It is the year 454AD. The Roman Empire has withdrawn from Britain, throwing it into the chaos of the Dark Ages. Mai has been kept safe by her father and her sister, Haf. But when Saxon warriors arrive at their farm, the family is forced to flee to the hills where British warlords lie in wait. Can Mai survive in a dangerous world where speaking her mother tongue might be deadly, and where even the people she loves the most can't be trusted?

Elen Caldecott graduated with an MA in Writing for Young People from Bath Spa University and was highly commended in the PFD Prize for Most Promising Writer for Young People. Before becoming a writer, she was an archaeologist, a nurse, a theatre usher and a museum security guard. Elen's debut novel, How Kirsty Jenkins Stole the Elephant, was shortlisted for the Waterstone's Children's Prize and longlisted for the 2010 Carnegie Award. 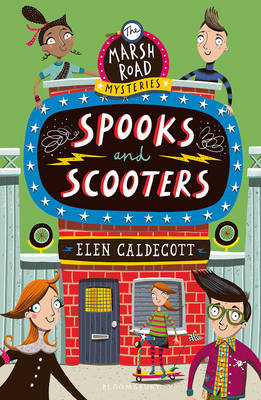 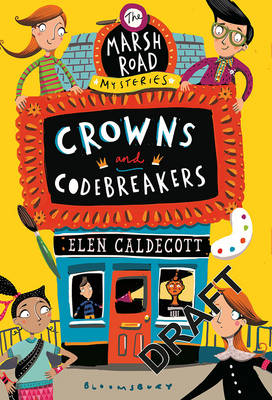 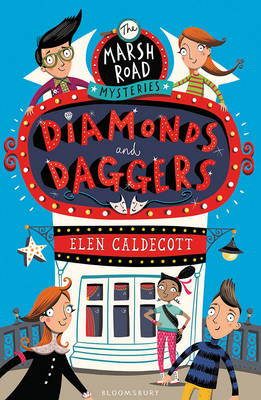 View All Books By Elen Caldecott