Subtitled A Rewilding Story, this is a powerful true story which tells the behind-the-scenes tale of how wolves were put back into Yellowstone Park.

Until approximately 100 years ago wolves had roamed freely in Yellowstone Park and their existence had shaped the eco-system of that vast expanse of wilderness. But, over the years, hunters killed off the wolves and everything in Yellowstone Park began to change. Elk took over the valleys eating everything they could so many plant species disappeared, bears went hungry and many of the familiar birds flew away. Yellow stone Park was changed! A plan was hatched to put wolves back into the habit making sure that their arrival would only do good. It was complex and daring but, once it had been carried off, fourteen wolves began a new life and the ecology of Yellowstone Park began to change again…

Catherine Barr tells most of the story as narrative non-fiction which brings the environment and the animals vividly to life. Further facts are added in an additional, fact-filled section.  Jenni Desmond’s illustrations evoke the wild and mysterious background of Yellowstone Park perfectly.

In fairy tales, the wolf's cry makes people shudder. They've been hunted, captured. But the wolf carries a wild magic - a magic that once restored a barren land.

When wolves disappeared from Yellowstone Park in the 1930s, the ecosystem started to collapse. Enormous herds of elk swarmed the plains, bears starved, rabbit families shrunk and birds flew away to new homes. Plants vanished, trees withered and rivers meandered.

Until in 1995, wolves returned to the park and everything began to change for the better. This is the story of their homecoming.

With atmospheric storytelling from Catherine Barr and breathtakingly beautiful artwork by Jenni Desmond, this inspiring true story shows that every species plays an important part in protecting our planet.

Catherine Barr studied Ecology at Leeds University and trained as a journalist. She worked at Greenpeace International for seven years as a wildlife and forestry campaigner and has a long-running interest in environmental issues. While working as an editor at the Natural History Museum, she researched and wrote two major summer exhibitions: Dinosaurs of the Gobi Desert and Myths and Monsters. She is now a partner in communications company bwa design. She lives on a hill near Hay-on-Wye in Herefordshire with her partner and two daughters. 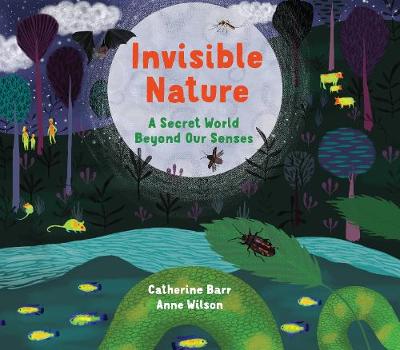 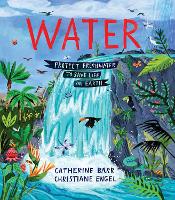 View All Books By Catherine Barr