LoveReading View on Black and British: A short, essential history

Adapted for younger readers from his seminal adult edition of the same book, David Olusoga’s Black and British presents an engaging, illuminating and critically needed account of Black British history. Indeed, this succinct, impactful edition also serves as an excellent primer for adults.

The introduction frames the book in the context of contemporary Britain - “Britain’s population is changing. More of us than ever are members of families that include people of different skin colours and ethnicities. Black history helps explain how national history is intertwined with our family histories. It helps us make sense of the country we are today.”

As the book reveals through lively, clear text - supplemented by fascinating maps and visuals - there’s evidence that Africans were part of the Roman army stationed in Britain as far back as 253AD. And contrary to the typical representation of Tudor England as being a white entity, several hundred Black Tudors have been found in historical records. Then, as European trade with Africa exploded - spearheaded by the Portuguese and Spanish who’d begun to buy and transport slaves from Africa - Britain wanted in on the lucrative action, and soon started shipping slaves to their Caribbean colonies. Come the early Georgian era (1714-1776) an increasing number of enslaved Africans were brought to Britain to serve wealthy families, as evidenced by the portraits and newspaper pieces reproduced in this book.

Also covering the late Georgian era, the Victorian period, the two World Wars, through to the continuing Windrush Scandal, Olusoga has done an incredible job of correcting misconceptions and presenting the truth of Black British history in engaging, lucid style.

“This is the book I wish I had been given to read when I was at school.”   David Olusoga

When did Africans first come to Britain? Who are the well-dressed black children in Georgian paintings? Why did the American Civil War disrupt the Industrial Revolution? These and many other questions are answered in this essential introduction to 1800 years of the Black British history: from the Roman Africans who guarded Hadrian's Wall right up to the present day.

This children's version of the bestseller Black and British: A Forgotten History is illustrated with maps, photos and portraits.

Macmillan Children's Books will donate 50p from every copy sold to The Black Curriculum.

For readers aged 12+, the book asks some thought-provoking questions and answers them in a smart and thorough style that will teach adults as much as it will children. We can see why it's been called a must-read. - Evening Standard

In non fiction, David Olusoga's authoritative text has been condensed for children in Black and British: A Short, Essential History (Macmillan). It ranges from the first Africans to come to Britain to the shameful Windrush scandal, and takes in the industrial revolution, cotton grown on slave plantations and the black soldiers who fought for Britain in the first world war. Olusoga's book conveys with calm clarity why all British children should be taught black history - Guardian and Online

Discovering history is as entertaining as it is informative - People's Friend

And to the present day: David Olusoga is the best possible person to write Black and British: A Short, Essential History (Pan Macmillan). This new, updated edition of his 2016 book is aimed at younger readers, and it appears at a time when many people are debating the best ways to tell histories of empire and race in the classroom. Olusoga describes it as the book I wish I had been given to read when I was at school , and I couldn't agree more - Yasmin Khan, BBC History Magazine

In this new title, Olusoga has distilled and reframed his bestselling Black and British: A Forgotten History for younger readers. Spanning the period from Roman Britain to the modern day, Olusoga's expertly crafted narrative makes history engaging for a new audience in clever and accessible ways. Olusoga has by no means dumbed-down his research from Black and British: A Forgotten History, and he forces young people to engage directly with Britain's often-brutal past, discussing overlooked or ignored histories. Black and British: A Short, Essential History clearly demonstrates that Black History is all our history - a vital and important book. - The Scotsman

Let's face it, some history books can be quite boring unless you're particularly into history, like me, but this highly accessible text from renowned broadcaster and historian David Olusoga is a fascinating eye-opening quick read that you won't be able to put down. Adapted from his best-selling adult version, this clearly written balanced evidence-based history book for 12+ concisely charts the forgotten histories of Black people who have inhabited Britain from Roman times right through to the present day. The most arresting part for me was learning more detail about the logistics of the transatlantic slave trade and Britain's absolutely pivotal role in the process - something that has been completely airbrushed out of the teaching of British history. But no longer - this book sets the record straight and is an essential addition for your libraries. As it's more suitable for teens upwards I won't be writing a long review, though I'd say primary teachers might want to think about reading it for their own knowledge - Cocoa Girl Magazine

Brilliant, essential, accessible introduction to Black British history. Should be compulsory teaching at school. The author has a wonderful storytelling voice which you can hear coming out of the pages -- It's all about Stories Blog Black history is all but absent from the British curriculum, making David Olusoga's Black and British: A Short, Essential History ( Macmillan) all the more vital. With this new edition of his adult bestseller, aimed at readers aged 12 and over, Olusoga chronicles 1,800 years of black people in Britain, from Roman times to the present day - Observer, part of a 'best of 2020 books' round-up 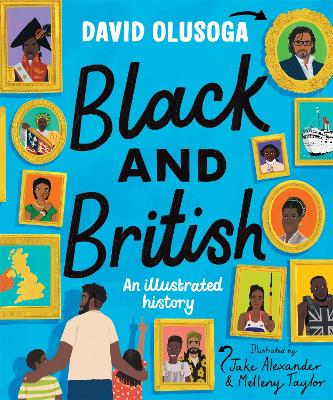 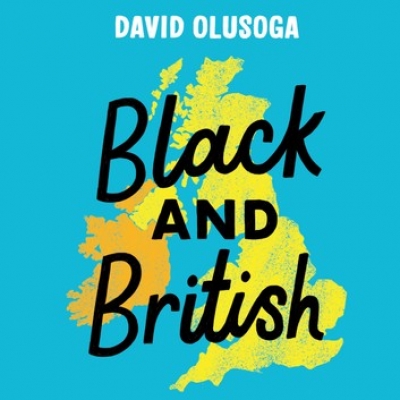