Part of the Inspiring Lives Series

Fifty great Britons are celebrated in this book, people who have played an important part in these islands’ history, brought greater understanding, or simply entertained us. From Alfred the Great to Malala Yousafzai, it features a wonderfully varied set of subjects, but all of them have called Britain home. Their life stories are told across double pages, via accessible, information-packed text, often featuring those quirky memorable details that we all love, and equally lively colour illustrations. The biographies follow one another alphabetically by subject surname, rather than chronologically, the emphasis very much on personality and individual achievements. There’s a real sense of excitement, both for these people and for the way Britain has encouraged and welcomed the talented. Indeed, for that it brings to mind the opening ceremony of the 2012 Olympics, high praise in our house. Lovely to see some top children’s authors feature too, including Malorie Blackman, and Judith Kerr. Highly recommended.

The Editor at Nosy Crow says:  “This engaging and carefully curated selection of biographies is a timely reminder of what really makes Great Britain ‘great’ – the incredible and diverse people who have made their homes here over the centuries and helped shape the country we know today.”

The inspiring stories of 50 key figures in Great Britain's history, who had an impact on the ways we live, think and feel today.

Throughout the centuries, the history of this small island nation has been shaped by the people who were born in Britain or arrived on its shores. From early Britons to modern pioneers, leaders, writers, athletes and activists, this country has contained a wealth of incredible talent, only made 'greater' by our history of immigration, integration and innovation.

This beautiful large-format gift hardback features stunning full-colour artwork throughout. Each page spread is devoted to a tale of an incredible Briton, told by talented writer and children's book critic Imogen Russell Williams and brought to life by Sara Mulvanny's vivid illustration.

Discover the enthralling and diverse stories of 50 brilliant Britons through the ages, from the warrior queen Boudicca of early Britain, who rose in revolt against the Romans, to activist Malala Yousafzai, who fights for every girl's right to an education today.

The gripping tales include key figures from all areas of British life - science, medicine, entertainment, sports, activism and more. Featuring the inspirational lives and achievements of amazing people such as Florence Nightingale, Alan Turing, Mary Prince, Stormzy, Charles Darwin and Noor Inayat Khan, Great Britons is not only a celebration of our history as an island, but also as part of a far larger and greater world.

Imogen Russell Williams reads children's books like it's going out of style, then writes about them for The Guardian, The Metro and the TLS. The Big Book of the UK is the first book she's written herself. (Looking up rude place names was her favourite.) 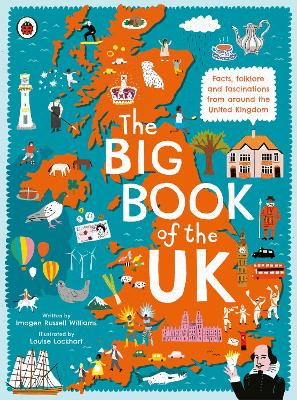 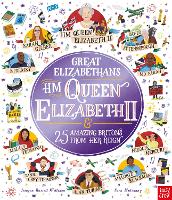