Shortlisted for the 2013 Leeds Book Award - June 2012 Book of the Month.   Rich in dazzlingly but sinister technology with Grendels, Drones and Hunters on the attack, this headlong adventure of how a group of kids fight against it is a thrilling corkscrew of a story. Miraculously surviving when his sister and mother are inexplicably turned into automatons, Sam goes on the run. Keeping hidden from the savage weaponry that fills the streets and sky seems the best he can do. When his luck runs out he is rescued by a group of kids who have also survived. With them, he trains to become part of an organised fight back led by the all-powerful Dr Stirling. But how does Dr Stirling know so much? Sam uncovers the truth in this gripping and gory story of survival.  With thrills, spills, high-tech gadgets, chases, explosions and a whole planet to fight for, Earthfall is quite literally, 'Gone' meets Independence Day - with attitude, with a bit of Jason Bourne to add to the non-stop adventure. It is the start of a brilliant and thrilling new series from the creator of the very popular H.I.V.E. sequence.

A Review by Katy Poulter, 12    Earthfall is amazing, which was a surprise because it isn’t something that I would usually pick up to read as Sci Fi and aliens don’t really appeal to me (with the exception of Dr Who). It is brilliant, like a movie in your head. I began to wonder how I was reading and seeing it happen at the same time and it was immensely detailed and vivid. It is extremely well written and is just the right length with none of it dragging on or getting boring and the action is well balanced with the rest. I have given it 4 out of 5 but it really deserves a 4.9 but you’re not allowed to do that. The reason that I can’t round it up to 5 is that sometimes the characters are confusing especially when they were in the ‘bunker’, for example, a name would crop up and I didn’t know who they were. Overall, Earthfall is a thrilling page turner and I am really looking forwards to Earthfall II

Katy Poulter is a member of the Lovereading4kids Reader Review Panel but she has reviewed this novel in the first instance for the Leeds Book Award as it is one of the 2013 shortlisted titles. The organisers have kindly agreed to let us also make use of Katy's review.

If you are caught you will not return, if you escape they will hunt you down.  The enslavement of the human race has begun.

Sam wakes to see strange vessels gathered in the skies around London. As he stares up, people stream past, walking silently towards the enormous ships which emit a persistent noise. Only Sam seems immune to the signal. Six months later, Sam is absolutely alone. In his underground bunker he has food and water for a couple of days. He has no choice but to venture above. Spotted by a flying drone, Sam escapes, but not before the drone slashes him with a barbed tendril. That night, drenched in sweat, Sam realises without medical supplies the wound will kill him. This time above ground he is less lucky. Cornered again, Sam thinks he has reached the end - then the drone is shot down in a hail of machine gun fire. In five minutes Sam learns two things: he is not alone; the drone injury should have killed him instantly - yet he is still alive. The battle for earth is about to begin.

Praise for the H.I.V.E. series:

'A comedy thriller, full of baddies, action and lashings of humour' - Sunday Express

'Exciting, clever and all in all brilliant' - Sunday Telegraph

Mark Walden’s first book, H.I.V.E., was selected as a winner in Richard and Judy’s ‘Best Kids’ Books Ever’. Paramount has optioned the film rights, and it was chosen as one of ten titles for Booktrust’s Booked Up scheme, which gives every secondary school student a free book. Mark has followed this success with two further titles in the extraordinarily brilliant H.I.V.E. series and was selected as a WBD author for 2009. He is happily married (as is his wife, he hopes) and is the proud father ... 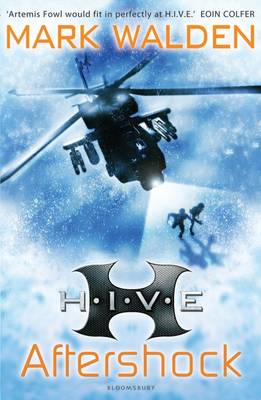 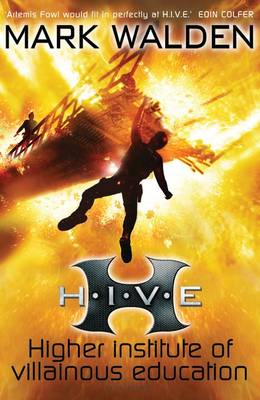 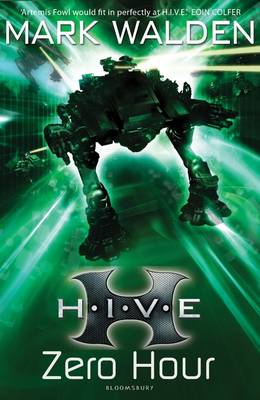 View All Books By Mark Walden