Emil and the Detectives

LoveReading View on Emil and the Detectives

A classic detective story told at a cracking pace, this features one of the first fictional child detectives. When Emil is robbed of his mother’s hard earned savings from right out of his pocket as he is asleep on a train, he takes swift action. Emil has no confidence in the police and so recruits his own assistant, Gustav. The two boys round up a group of friends and catch the thief. Emil is handsomely rewarded and all ends happily. Emil is charming and clever, the ideal hero of this terrific adventure.

This edition is part of the Vintage Children's Classics series which is aimed at and shaped by 8-12 year olds, and the adults in their lives.  It is a broad, affordable selection of books that will inspire a life-long love of reading; these stories that have secured a place in the hearts of thousands.  They are all unabridged.  To view all the Vintage Children's Classics titles click here.  They are books to be given as gifts, and passed down the generations.

In addition, story hungry children often don't want the adventure to end, so why not take a look at the fully interactive website - World of Stories - which contains lots of extra material - the backstory: with quizzes, activities and fascinating facts about the books and their authors.

Emil and the Detectives Synopsis

Password Emil! Emil is excited to be taking the train on his own for the first time. He doesn't like the look of his fellow passenger, the man in the bowler hat. Emil will just have to keep his wits about him and his money in his pocket. But Emil falls asleep and when he wakes up the man in the bowler hat is gone - and so is the money! Emil is determined to get it back. He teams up with a gang of young detectives and so begins a hair-raising chase across Berlin to catch the dirty rotten thief...

Erich Kästner was born in Dresden in 1899. He is the author of many novels in children's books, poems and essays. Together with other German writers, he tried to attack Hitler's totalitarism and lack of freedom with humour and pacifist ideas.Kästner's children's books reflected his social optimism based on his belief in the renewing power of the each new generation of youth. He was awarded with the Hans Christian Andersen in 1960. Though he became popular through his children's books, he was also very successful among adults as a novelist and poet. 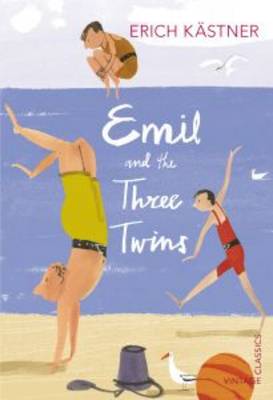 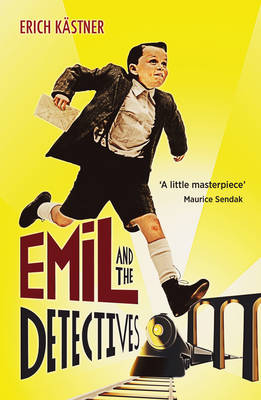 View All Books By Erich Kastner