Let Inga Moore take you on an adventure with Captain Cat and his shipful of cats! New lands, an island Queen, untold treasures and glorious feasts...it will be a journey like no other!  Fabulous storytelling and a great narrative voice reels you right in, so much so that you want to press your nose against the page and be ON the Carlotta with Captain Cat!  Inga's extraordinary illustrations practically leap off the page, totally immersing her readers in a world she has made entirely her own. A book that will satisfy pet-lovers as much as adventurers.

Captain Cat is a trader. However, his eye is not for gold but for...CATS! So much so, that his ship - the Carlotta - is populated by all kinds of felines! But one day, Captain Cat decides that it's time to give up his trading and, with his beloved cats in tow, visit all the places he has always dreamed of. Out on the sea, a rogue storm brews up and Captain Cat ends up on a remote island. Here, they meet an Island Queen who's beside herself with joy...she has never seen a cat before! She prepares a huge feast in their honour, but - EWWW! A horde of hungry RATS emerge! Good thing Captain Cat has his ship full of cats! Amazed, the queen begs Captain Cat to trade her his cats for untold treasure. Does he? Could he? What happens next? Never fear, fellow travellers! The purr-fect solution is on the horizon.

Inga Moore has illustrated numerous classics to much critical acclaim, including Kenneth Grahame's The Wind in the Willows, The Secret Garden by Frances Hodgson Burnett and Oscar Wilde's The Canterville Ghost. Published almost 20 years ago, her title Six Dinner Sid continues to grace bookshop shelves and won the Smarties Book Prize. Inga lives in Gloucestershire. 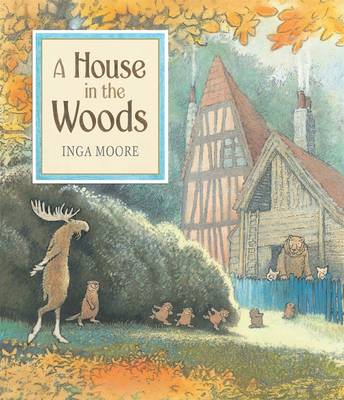 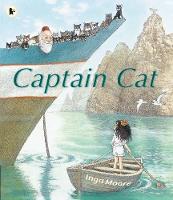 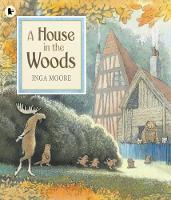 View All Books By Inga Moore