LoveReading View on City of Fate

March 2014 Book of the Month  Emotionally taut and empathic, this novel will transport the reader into the very heart of the Second World War and the lives of children caught in the middle of history.  Yuri is celebrating his fourteenth birthday when the German planes comes swooping low over his home dropping bombs as they pass. The Battle of Stalingrad has begun. One of the most significant battles of World War Two and one which accounted for the greatest loss of life is described through the eyes of children. Despite the obvious suffering the children all manage to keep going in a heart-rending story of individual courage and collective endeavour as the citizens of Stalingrad fought to survive and to keep Stalingrad – and the whole of Russia - safe from the German army.

A Piece of Passion from Susan Houlden, Editor, O'Brien Press  When you have been working with children’s authors for over 25 years, you sometimes think you cannot be surprised or excited by any new manuscript that lands on your desk. Then someone like Nicola Pierce comes along. And there really is excitement as you turn to the first page – even when the book is in its first draft.

There is a haunting quality to Nicola’s novels. Her characters will enter your life and they won’t let you put them down. You will never forget their stories. When you are reading City of Fate you have to know what happens to five-year-old Peter and his friends Yuri and Tanya as the Germans take control of the city of Stalingrad during WWII. And you feel you are on the train, crossing the great Volga River, sitting beside men and boys who may die, on the way to fight for the city, with Vlad and his classmates. You can hear Stalin, the Russian leader, with his order number 227: ‘Not One Step Back’. And you’re hoping they’ll all survive – even the bully Anton.

A note from the author - I’ve always been interested in the two World Wars. Once I finished Spirit of the Titanic my publisher asked me what I wanted to write next. A good friend suggested the Battle of Stalingrad. I read up on it and discovered that this battle is generally considered to be the most important battle of World War II because it was the first time a German army was well and truly demolished. Over nine hundred lost children managed to survive for nine months in a devastated and dangerous city, and only six of those were ever re-united with their parents. I quickly decided this was the story for me.

Sunday 23 August 1942 is an important day for Yuri Grossman. It is his fourteenth birthday and also the day that the Nazis began their carpet-bombing campaign of Stalingrad, which continued every day for the next two weeks. Facing overwhelming odds, it will take all his determination and wits to survive.

In the City of Fate there are only two options: to win or to lose forever. Imagine your home is bombed one Sunday afternoon by a horde of enemy planes. Imagine your family has gone and you are left behind. This is the fate of five-year-old Peter and two teenagers Yuri and Tanya. Imagine being ordered to leave school to fight the terrifying Nazis in WWII. Imagine you are right in the middle of a battle; it's you or them - you have no choice. This is the fate of four classmates: Vlad, Misha, Anton and Leo.

The battlefield is the city of Stalingrad, the pride of Russia. Germany's Adolf Hitler wants the city badly, but Josef Stalin refuses to let go. So far nobody has managed to stop the triumphant Nazi invasion across Europe. It all depends on one city - Stalingrad - her citizens, her soldiers and her children. What would you do? Would you be able to survive?

Praise for Spirit of the Titanic

‘A vivid and compelling story ... the detail fascinating and the terror real’  NI4KIDS

‘A ghost story with a twist’  Sunday Independent

‘I absolutely adored this book. It makes you feel like you were there’ Finty, reader review

Nicola Pierce lives in the town of Drogheda in Ireland. Following her many successful ghostwritten books for adults, Nicola published her first book for children, Spirit of the Titanic. The book received rave reviews, and ran to five printings within its first twelve months. City of Fate is her second book for children and transports the reader deep into the Russian city of Stalingrad during World War II. Q+A for Nicola PierceQ: Nicola, when did you first start writing?From the very beginning I was a big reader and somehow writing just seemed to be wrapped up with my ... 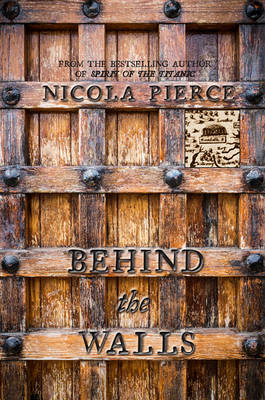 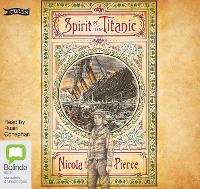 View All Books By Nicola Pierce