The Door That Led to Where

The Door That Led to Where Synopsis

AJ Flynn has just failed all but one of his GCSEs, and his future is looking far from rosy. So when he is offered a junior position at a London law firm he hopes his life is about to change - but he could never have imagined by how much. Tidying up the archive one day, AJ finds an old key, mysteriously labelled with his name and date of birth - and he becomes determined to find the door that fits the key. And so begins an amazing journey to a very real and tangible past - 1830, to be precise - where the streets of modern Clerkenwell are replaced with cobbles and carts, and the law can be twisted to suit a villain's means. Although life in 1830 is cheap, AJ and his friends quickly find that their own lives have much more value. They've gone from sad youth statistics to young men with purpose - and at the heart of everything lies a crime that only they can solve. But with enemies all around, can they unravel the mysteries of the past, before it unravels them? A fast-paced mystery novel by one of the country's finest writers, THE DOOR THAT LED TO WHERE will delight, surprise and mesmerise all those who read it.

The Door That Led to Where Press Reviews

Captures the mood of a generation. * The Times * Sally Gardner is quite possibly my favourite children's author of all time. Her poetic prose and seemingly effortless ability to flit from genre to genre never ceases to astonish me. * The Independent; * Striking, elegant ... Gardner's humane message will resonate with teens everywhere: keep looking for that door, as one day you'll find it - and maybe, once you've gone through, you'll even want to lock it behind you. -- Philip Womack * The Spectator * Gardner vividly juxtaposes the drug deaths and gang rivalry of the present with the top hats and formality of the early 19th century ... Gardner's clever tale is enjoyably complex * Financial Times * The story, which is set in the present and in 1830, makes both centuries vivid and credible. Unfolding a complicated mystery without losing us, it is told with uncliched brio and contains characters to care about, while making us consider what a difference a fresh start could make to those who have few opportunities. * The Sunday Times * As the three tangle with poison, treachery and love, the novel asks whether the past was better at granting the young responsibility, opportunities and adulthood... subtle, beautifully written and captivating. Enjoy. * New Statesman * Gardner pulls off a brilliant balancing act as her flawed hero travels between the two periods, discovering that, sometimes, a fresh start in a new environment can restore and heal those whose future - or past - looks hopeless. Rollicking stuff. * Daily Mail * This fast-paced and thought-provoking thriller will intrigue all who read it. Gardner is on top form here; though honestly, anything less from one of Britain's finest writers would have been a disappointment. * South China Morning Post * In the simplest of classifications this would qualify as a time slip novel, though such a reductive description does little to convey its richness and variety as it moves effortlessly between two Londons: the city in its contemporary guise and the re-imagined city of 1830. * The Irish Times * This YA thriller blends time travel, intrigue, and social commentary when a teen discovers a portal to the 1830s and encounters a murderous plot * Publishersweekly.com, *

Sally Gardner is an award-winning novelist from London. Her books have been translated into 22 languages and have sold more than one million copies in the UK. Her historical novel for older readers, I, Coriander, won the Smarties Children's Book Prize in 2005. Two thrillers both set at the time of the French Revolution, The Red Necklace and The Silver Blade, which was shortlisted for the Guardian Children's Fiction Prize in 2009, followed.  Actor Dominic West (The Wire) has bought the film rights to both titles. Her YA novel, The Double Shadow, was published in 2011 to critical acclaim. Sally Gardner's stories for ... 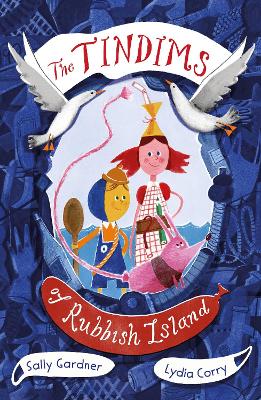 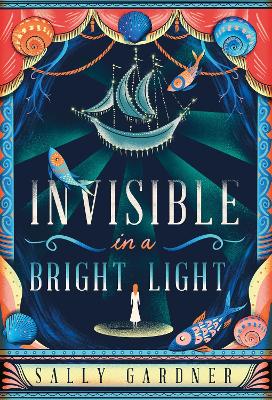 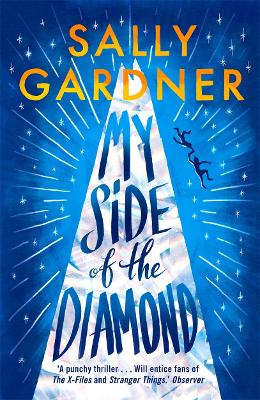 View All Books By Sally Gardner