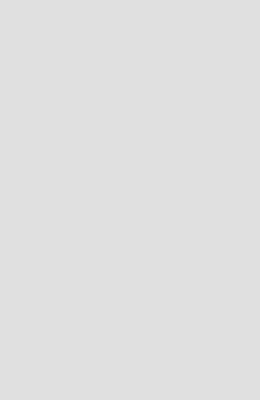 Don’t Doubt the Rainbow is about 13year old Edie Marble. A year before the book starts, her mother dies. Edie finds a letter from her mother, full of clues and mystery to help her work out what really happened to her. It is quite a dark and sad book at times, especially with Edie still coming to terms with the loss of her mother. But it is also exciting and different from what I usually read. I think I would like to read the next book in the series.

This is a great book full of adventure and and friendship and puzzles to solve. I loved it!

The first thing I noticed about this book was the cover. It just looks so intriguing. It made me want to read all the little words all over it and made me very interested to find out what was going on inside.
This story is about a girl my age who has very sadly lost her mum to an apparent accident or suicide and it deals briefly with the thoughts and feelings around this. Her dad is a GP who is also struggling terribly with depression and loneliness.
A year after her mum's death Edie and the family go to a Stone Ceremony as they are Jewish, and she wears a coat she has not worn since her mother’s death. I’m her pocket she finds a note written to her, from her mother. From this note Eddie starts the trail of the five clues to discover what story her mum was on to and also what actually happened to her.
There are some really nasty characters in this book, but also some fabulous ones. Also, part of what happens in the story is a bit of a reflection on what is happening in the world right now.
I loved the character of Edie, it’s great to see a crime fighting girl, even if most of what she achieves is completely unrealistic, because it’s a story and stories can do anything they like.
This is quite obviously the start of a series of books and I think they will do well. I know I will certainly be looking out for book two!

a compelling and captivating story about sadness, loss, acceptance, endurance, thriller, and empathy.

By solving cleverly devised puzzles left by her late beloved mother, Edie together with the help from her best friend, sibling, and father, unearths the shocking truth of her mum's untimely demise. Despite getting into many dangerous and horrendous situations on her mission to bring justice to the murderers, Edie remains undeterred by their actions and continues to investigate. Along the way she learns a lot about the dark evil secrets of those involved; the greed and the lengths people go, to become wealthy.

Edie adored her mother's perceptions on life and enjoyed spending every available opportunity with her, listening to her and cherishing every moment. So losing her a year ago turned her whole world upside down in the blink of an eyelid. The after-effects left Edie distanced from her surroundings and it affected every aspect of her life. She was unable to focus at school, and home life was tense as her brother and father were also coping in their own ways by compressing their feelings and not talking about them with one another.

Through the whole ordeal, Edie discovers her inner strengths and recalls all of the long-forgotten teachings about life that her mother taught her, and as past memories surface, she finds guidance and solace in succeeding in her mission. The revelations of betrayal and deception by those close to home make her detective mind inquisitive. Every waking moment revolves around resolving the mystery and conspiracies she learns of, one after the other. The culprits disguised as good doers of society soon become threatened by her and want to eliminate her too.

A superbly devised plot in which the author mirrors the current unprecedented events, which we are facing today. It is a compelling and captivating story about sadness, loss, acceptance, endurance, thriller, and empathy. The toxic and despicable behaviour of individuals she encounters in her everyday life leads to Edie becoming sceptical of everyone’s interior motives. She uses her quick-witted ability to combat her way out of complex situations that she often finds herself getting into. The brave young sleuth finds healing in her path of heartache which makes her a stronger person mentally and one that bonds her closer with the people remaining in her life.

As the overwhelming evidence finally takes its toll on Edie and she reaches breaking point, that is when she learns of the importance of communication and that it is okay to ask for help and not bottle up her thoughts and emotions. A lot of very mind-nurturing psychological facts can be found which the author has superbly interpreted within the story. Edie's fearless and masterful approach towards solving the crime is rewarded as she finds a purpose to use her intellectual detective skills to help others too. I'm excited to read the next book, 'Outside Chance' from this series 'Don't Doubt the Rainbow'.

I would recommend this book to older children as it can be a bit scary, but it is incredibly exciting, and I just couldn’t put it down.

‘Don’t Doubt the Rainbow’ is a fantastic book about a girl called Edie who lives a normal life in London until her mum suddenly dies at Finsbury Park tube station. Her world is turned upside down after finding a note at her mother’s stone setting. Shockingly she finds out that mum’s death was a successful murder and that she had been investigating some illegal activity. Edie has been given a clue to find out about her murder. I wonder how many lives will be lost. Who murdered her mother and why? The author has given 5 cryptic clues that are hidden in the book, helping me work out who the murderer is. It is an absolutely brilliant book, that grips you all the way through and I can’t wait for the new ‘Outside Chance’ book to come out. I would recommend this book to older children as it can be a bit scary, but it is incredibly exciting, and I just couldn’t put it down.

Love solving clues? Prepare to be drawn in by reading this detective story - will Edie collect the evidence she needs to prove who killed her mum, or will the killer catch her first?

I liked this detective story. From the moment Edie finds a clue at the stone setting after her mum’s death I was captivated. I wanted to know what the next clue would be and if Edie would gather the evidence she needed or if she would survive! Each clue was really challenging. I’m not sure I’d be able to solve any of them by myself but Edie works them out. And that is with a whole load of bad guys trying to stop her! My favourite character was Edie’s Dad. He was very believable as a Dad! I’d recommend this book for 11+

This book was a real mystery that makes you really think, it is great for kids age 10 plus.

I really liked this book, it is a mystery and it really gets your brain working to try and work out the clues when you put yourself in Edie's shoes. I thought Edie was really brave. It is a bit complicated at points and slightly scary near the end but a really good book and you wanted to keep reading to find out what happens. I would recommend it for children age 10 plus.