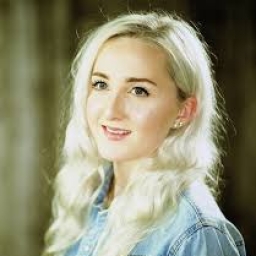 Holly Jackson started writing stories from a young age, completing her first (poor) attempt at a novel aged fifteen. She lives in London and aside from reading and writing, she enjoys playing video games and watching true crime documentaries so she can pretend to be a detective.

As Good As Dead

The third and final thrilling book in the bestselling, award-winning A Good Girl's Guide to Murder trilogy Pip Fitz-Amobi is haunted by the way her last investigation ended. Soon she'll be leaving for Cambridge University but then another case finds her . . . and this time it's all about Pip. Pip is used to online death threats, but there's one that catches her eye, someone who keeps asking: who will look for you when you're the one who disappears? And it's not just online. Pip has a stalker who knows where she lives. The police refuse to act and then Pip finds connections between her stalker and a local serial killer. The killer has been in prison for six years, but Pip suspects that the wrong man is behind bars. As the deadly game plays out, Pip realises that everything in Little Kilton is finally coming full circle. If Pip doesn't find the answers, this time she will be the one who disappears . . .

A thrilling prequel story to the bestselling, award-winning A Good Girl's Guide to Murder! Pippa Fitz-Amobi is not in the mood for her friend’s murder mystery party. Especially one that involves 1920’s fancy dress and pretending that their town, Little Kilton, is an island called Joy. But when the game begins, Pip finds herself drawn into the make-believe world of intrigue, deception and murder. But as Pip plays detective, teasing out the identity of the killer clue-by-clue, the murder of the fictional Reginald Remy isn’t the only case on her mind … Find out where it all began for Pip in this prequel to the best-selling A Good Girl’s Guide to Murder and Good Girl, Bad Blood.

Shortlisted for the YA Book Prize 2021 | Pip Fitz-Amobi is determined that the media won’t rewrite the truth of the local murder case that she and Ravi Singh worked so hard to just recently solve. And so, she releases a podcast covering exactly what happened – and unexpectedly finding herself with a massive and passionate following.When the six-year anniversary of the victims’ deaths arrives, fresh from hearing the truth of her podcast, Pip’s town decide to host a memorial. And the past, it seems, has finally been laid to rest. But when another young person goes missing, it turns out that Little KIlton is hiding more than one dark secret . . . and this time everyone is listening to hear whether Pip and Ravi can find the victim, before it’s too late.  Find out more about the YA Book Prize including all the shortlisted titles.

A Good Girl's Guide to Murder

Shortlisted for the Branford Boase Award 2020 | The murder of schoolgirl Andie Bell was the talk of Pippa Fitz-Amobi’s town, and she’s convinced the police got the wrong guy. Under the guise of writing an EPQ on the media’s coverage of the crime, Pippa sets out to discover the truth. The Branford Boase judges said :  ‘compulsive reading’; ‘all the characters are credible’; ‘I loved the story, loved its pace’; ‘I was caught out by the twist!’.