In an extraordinary mix of fact and fiction, Robert Westall describes the Second World War through the eyes of a cat. Blitzcat leaves her home to track down her person, a pilot with the RAF. Her journey takes her through all the dangers of the war – there’s a particularly vivid account of the Coventry blitz - and in and out of the lives of people caught up in it. Passion and violence are depicted vividly, as are humour, courage and human warmth. Few authors for children write as well about war as Westall, none write about it better; this book deserves to be recognised as a modern classic. ~ Andrea Reece

She made her way down the cliff, and on to the beach. At the edge of the waves, she stopped, shaking her wet paws. She knew that somewhere ahead was her person, but far, far away. She miaowed plaintively; stood staring at the moving blur of uncrossable sea. She led the way to safety, out of the blazing hell of blitzed Coventry. People touched her for luck; feared her as an omen of disaster. Wherever she went, she changed lives...

From her beginning to her end she never wavered. She was the Blitzcat.

The Smarties Prize-winning book about one brave cat's experiences during World War Two. Now with a brilliant new cover look and including an extended author biography.

Robert Westall was born in Northumberland and went to school in Tynemouth. He studied fine art at Durham University and after he graduated he worked as an art teacher.  Despite having two degrees in Fine Art, and majoring in Sculpture, Robert Westall spent his working life teaching art in secondary schools, and writing only in his spare time. He loved teaching and worked in Birmingham, Yorkshire and Cheshire as a head of department. He has had around 40 books published and they vary from ghost stories to fantasy epics. Robert Westall died in 1993. 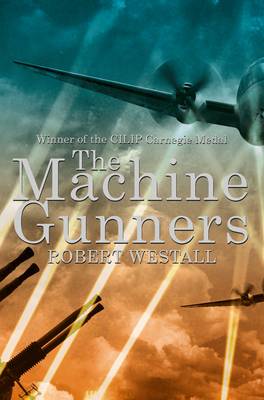 View All Books By Robert Westall