The Notion Potion is the hilarious third book in the Moone Boy series, based on the Sky TV series from dream team Chris O'Dowd and Nick Vincent Murphy

In a nutshell: surreal and hilarious knockabout comedy

Martin Moone and his IF (imaginary friend) Sean Murphy are back in another fine example of surreal yet totally satisfying storytelling. Martin is preparing for E.O.P.S. (End Of Primary School) and is suddenly conscious that he hasn’t achieved anything to put him on the school’s Winners’ Wall.  Could the Invention Convention science competition change that? Sean is at his side as ever and ready to help, though he’s somewhat distracted by his new pet, a birthday present from Martin, Wilbert the Wonkey (half donkey, half werewolf and supposedly an IF’s Best Friend). Readers genuinely won’t know what’s going to happen next, and the copious footnotes provide as many laughs as the bizarre cast of characters and the ludicrous situations that Martin and Sean find themselves in. Inspired nuttiness! Andrea Reece

Martin Moone is about to finish primary school and feels he hasn't achieved very much. He's desperate to get his picture on the school's Winners' Wall and decides that entering the Invention Convention science competition will definitely earn him everlasting respect. But Martin - along with his teammates Trevor, Padraic and the ever terrifying Declan Mannion - is having trouble coming up with a winning idea. Martin's imaginary friend, Sean, comes to the rescue, and together they concoct a plan to beat the snooty kids from the posh school in town. If they can get their hands on some Notion Potion, a mythical brain-boosting beverage, then Martin will have all the ideas he needs. And so the gang embarks on a dangerous (imaginary) journey in their quest to become 'Boyle's first Junior Genius'.

And you can catch Moone Boy in his own tv series on Sky 1 starring co-writer and Hollywood actor Chris O'Dowd - watch a trailer here!

Chris and Nick say, “Throughout the first three series of Moone Boy, it’s often occurred to us that there’s so much more we could do with the world of the imaginary friends, but the hassle of having to film things with our big clumsy cameras made it tricky to delve too much into it in the show. However, this feels like the perfect world in which to explore novels for a younger audience, with plenty of opportunities for fun doodles and illustrations by Cartoon Saloon. There will be lots of jokes and we hope that parents will want to steal the books from their children to read them too. We’re really excited to be working with Macmillan – Venetia and her team are the perfect match for us, and we can't wait to get started. We also think it’s really nice of them to allow our families to move into their offices, it seemed like an odd invitation at the time, but we’re all very excited. Unless we misheard what they said about that detail.”

Kids love to read and so in addition to our Lovereading expert opinion some of our Lovereading4kids Reader Review Panel were also lucky enough to read and review the first title in the series The Blunder Years. You can read their full reviews by clicking here.

Chris O'Dowd is an award-winning actor, writer and director. He has appeared in many films, including Bridesmaids, The Sapphires and This Is 40. He has also starred in cult TV series The IT Crowd, Family Tree and Girls, as well as Moone Boy for Sky, which he wrote and directed with his friend Nick Vincent Murphy. Currently rehearsing for the Broadway production of Of Mice and Men with James Franco, he is due to work on Stephen Frears's forthcoming film about Irish journalist David Walsh and cyclist Lance Armstrong, playing the lead role of David Walsh. Chris is from Roscommon, Ireland, ... 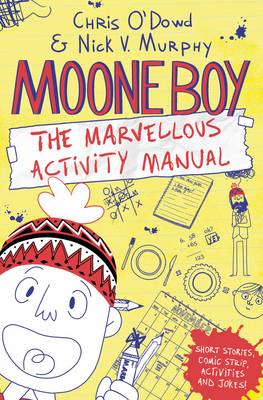 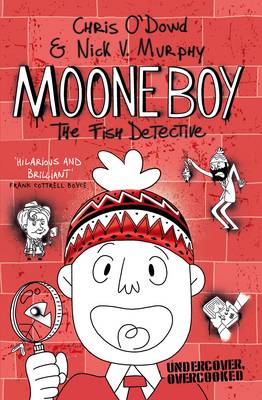 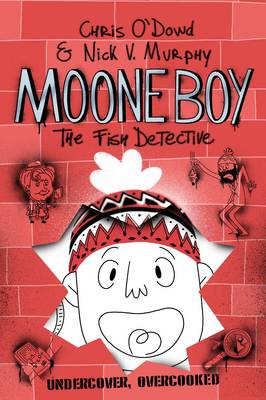