LoveReading View on The Restless Girls

October 2018 Book of the Month

This is a reinvention of the most radiant, vital kind; an inspirational re-working of The Twelve Dancing Princesses to devour over and over, and to share aloud.

Following the death of his wife, Queen Laurelia, King Alberto “became the sort of person who ate a whole cake without offering anyone else a slice, and who punished his girls for things that weren’t their fault at all.” While Queen Laurelia had “been the one watching them, nurturing their imaginations, their educations”, the King takes away his daughters’ freedoms in the name of keeping them safe. The palace is transformed into a tomb, and “only melancholy was allowed to illuminate the girls’ days”. But brave, clever Frida stands up to her father. “This isn’t fair, and you know it,” she protests. “You cannot tell us how to grieve”. And then, with the grace and strength of a lioness and the potency of her imagination, Frida leads her sisters in a fight to re-find life.

The writing pirouettes with the lithe power of a devoted dancer, with Angela Barrett’s elegant illustrations in perfect accord. What a sumptuous, stirring celebration of sisterhood this is.

A dazzling, feminist reinterpretation of The Twelve Dancing Princesses, from the bestselling author of The Miniaturist and The Muse, beautifully illustrated by Angela Barrett.

For her twelve daughters, Queen Laurelia's death in a motor car accident is a disaster beyond losing a mother. Their father, King Alberto, cannot bear the idea of the princesses ever being in danger and decides his daughters must be kept safe at all costs. Those costs include their lessons, their possessions and, most importantly, their freedom. But the eldest, Princess Frida, will not bend to his will without a fight and she still has one possession her father can't take: the power of her imagination. And so, with little but wits and ingenuity to rely on, Frida and her sisters begin their fight to be allowed to live.

The Restless Girls is wild, wise, generous, ferocious kind of story. It's a tale to read to your children (of both genders) over and over, and for them to read to theirs. It's a book that glows   Katherine Rundell

A beautifully realised, whirling adventure full of the dark glitter of growing up, The Restless Girls is a fierce fairytale for the rebel girl - and boy - generation  Kiran Millwood Hargrave

It's critical what we read our kids ... Jessie Burton has very cleverly has taken a fairytale that was already standing and loved, but has reframed it. It's asking you to think of yourself and value yourself in terms other than the way you look, and just that - that one tiny aspect of the book - alone, was, to me, just a complete revelation   Thandie Newton

A story of love, loss, grief, and a desperate yearning for freedom, told with breathtaking compassion and wisdom  Louise O'Neill, author of The Surface Breaks

A riveting feminist retelling, filled with excitement, imagination, magic, and just the right touch of darkness. These twelve fierce heroines will be a pleasure to return to again and again  Madeline Miller

Jessie Burton was born in 1982 and went to school in south London. Her favourite subjects were story-writing, sleeping and ice-cream eating. After studying at Oxford University, the highlight of which was playing a rose and a fox in The Little Prince, she went on to the Royal Central School of Speech and Drama. She worked hard for nine years as an actress and a PA before her first novel, The Miniaturist, was published. The Miniaturist was translated into over thirty languages and has sold over a million copies around the world. Her second novel, The ... 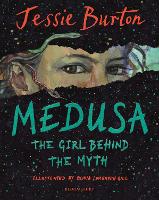 View All Books By Jessie Burton