Part of the A High-Rise Mystery Series

Sisters Nik and Norva would agree that they are slightly obsessed with murder mystery series on the television so, when a body is discovered in their block of flats, they are sure they are the right people to discover the truth. Balancing jokey dialogue and insights into the reality of city life, Sharna Jackson has written a very likeable, fast-paced book.

Books in the High-Rise Mystery Series:

On winning the Younger Readers' category of the Waterstones Children's Book Prize Sharna Jackson said: “I’ve been reading, watching and playing with mysteries since I was small – thanks to a Sherlock Holmes-obsessedum. The genre is great fun – it’s ludic and gets your readers quickly engaged and feel smart, which they all undoubtedly are. The twists, the turns, the chicanery and all-out scammery in murder mysteries is fantastic – but the typically-posh, vintage, white and stuffy characters and settings were due an update. High- Rise Mystery was therefore an experiment. I wanted to see if mystery’s codes and conventions could be transposed to today in a new context, to a working-class setting, led by two contemporary clever and funny Black girls. I like to think that winning this prize means that the experiment was a success, so thank you!”

The detective duo everyone is dying to meet! Summer in London is hot, the hottest on record, and there's been a murder in THE TRI: the high-rise home to resident know-it-alls, Nik and Norva. Who better to solve the case? Armed with curiosity, home-turf knowledge and unlimited time - until the end of the summer holidays anyway. The first whodunnit in a new mystery series by Sharna Jackson.

I love crime books. I'm over the moon to see books starring the 11-year-old I also wanted to be. Bring on the bodies!  - Patrice Lawrence

Sharna Jackson is an author and Artistic Director at Site Gallery, Sheffield’s leading international contemporary art space. She specialises in developing and delivering socially-engaged digital initiatives for children and young people across culture, publishing and entertainment and her work focuses on encouraging diverse and disengaged audiences’ to participate in the arts locally, nationally, and globally.  Currently shortlisted for the Waterstones Children’s Book Prize for her debut novel High-Rise Mystery, she is also the Southbank Centre’s Imagine A Story author for 2020, and the writer of Tate Kids ... 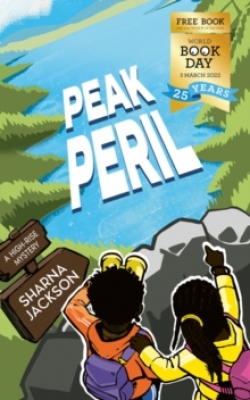 View All Books By Sharna Jackson