A Really Short History of Nearly Everything

LoveReading View on A Really Short History of Nearly Everything

Crammed full of information which will answer a great many questions about what goes on in the universe around us; this is a brilliantly written introduction which has been cleverly simplified for younger readers from the hugely successful original by Bill. Divided into short chapters which make it easier to understand and supported by an excellent index, the story of how the universe came into being, how humans evolved, how we have discovered what we know about space and much, much more are all well described and attractively illustrated.

A Really Short History of Nearly Everything Synopsis

Ever wondered how we got from nothing to something? Or thought about how we can weigh the earth? Or wanted to reach the edge of the universe? Uncover the mysteries of time, space and life on earth in this extraordinary book - a journey from the centre of the planet, to the dawn of the dinosaurs, and everything in between. And discover our own incredible journey, from single cell to civilisation, including the brilliant (and sometimes very bizarre) scientists who helped us find out the how and why.

Adapted from A Short History of Nearly Everything, this stunningly illustrated book from Bill Bryson takes us from the Big Bang to the dawn of science, and everything in between. Perfect for ages 8 to 80!

A Really Short History of Nearly Everything Press Reviews

This history of life, the universe and everything in between is entertaining and Bryson is an excellent guide. Great for the kids and good for parents, too - Sunday Express

It's the sort of book I would have devoured as a teenager. It might well turn unsuspecting young readers into scientists. Evening Standard

A thoroughly enjoyable, as well as educational, experience. Nobody who reads it will ever look at the world around them in the same way again  Daily Express

Bill Bryson was born in Des Moines, Iowa, in 1951. He settled in England in 1977, and lived for many years with his English wife and four children in North Yorkshire. He and his family then moved to America for a few years but have now returned to the UK. He succeeded Sir Peter Ustinov as Chancellor of the University of Durham in April 2005. His bestsellers include The Lost Continent, Neither Here Nor There, Notes From a Small Island, A Walk in the Woods, Down Under and, most recently, A Short History of Nearly Everything which won the Aventis Prize for Science ... 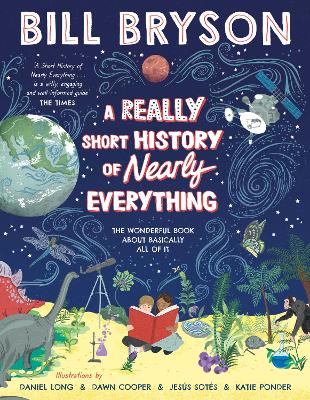 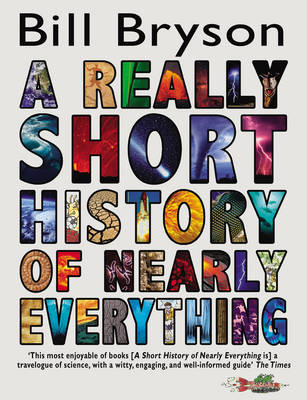 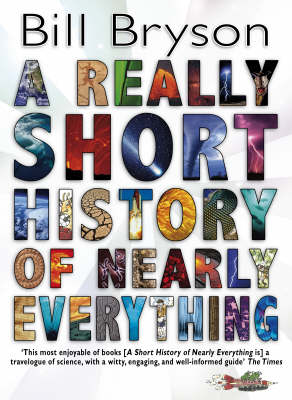 View All Books By Bill Bryson