LoveReading View on My Brother Johnny

Shortlisted for the Marsh Award for Children’s Literature in Translation.

My Brother Johnny addresses the contemporary moral issues about the nature of war by means of a compelling and sensitive narrative. Written by an Italian whose parents were refugees from Croatia.  As you read it you’ll be drawn into your own conclusions about wars, past and present.  With a strong anti-war sentiment it’s a story so grounded in reality that it makes the ending even more haunting.  Some stories need to be written, and deserve to be read all over the world.  This novel is one of these.

Very few titles read in the UK (a mere 3%) are books read in translation and even fewer are aimed at children. In France that figure is nearer 50%.  It is vital that young people have the opportunity to read books fromas wide a range of countries and cultures as possible.  The publisher of Letters from Alain is one such publisher and the Marsh Award in Translation selects the best of the books in translation and this is one.

Translated from Italian by Sian Williams who in her time has worked in publishing and now organises The Children’s Bookshow, an annual tour of children’s writers.

The other titles shortlisted for the Marsh Award were Tina's Web, Letters From Alain, When the Snow Fell, Message in a Bottle, and Toby Alone.

Johnny, the local hero, has been flying bombing missions in the war Over There. When he suddenly returns home, broken, a shadow of his former self, people want to know the reason why.

Piece by piece, his story emerges through the eyes of his younger sister, Lin, who’s 14 (almost) and a bit of a punk. Bored with school and village life, her humdrum world is overturned when her brother sets up an anti-war protest in the local square that splits the community. Johnny’s challenge to the powers that be provokes a violent reaction whilst the war gets alarmingly closer to home…

"A strong coming-of-age story… with an eerie whisper of mystery and foreboding." - Caroline Horn, The Bookseller

"Some stories need to be written, and deserve to be read all over the world. My Brother Johnny is one of these…" - Nicolette Jones, Children's Books Editor, The Sunday Times

Praise for the Aurora series:

"A strong anti-war statement, with a narrative firmly grounded in the reality of a small, foggy Italian town – a reality which makes the story’s ending still more haunting." - Susan Price, The Guardian Children’s Fiction Prize Winner

"I can’t think of a more important innovation than this in publishing for young readers.  In a world where empathy and knowledge are so crucial to all our futures, it is vital that young people have the opportunity to read books from as wide a range of countries and cultures as possible.  At present, less than 3% of published books for young people come from abroad.  In France, it is more than 50%.  We have a mountain to climb and this is a significant step.  Unique too." - Michael Murpogo, former Children’s Laureate

Francesco was born in Milan where he lives and works.  His parents were refugees from Istria, Croatia.  His first novel for young people Lupo Omega, was published in 1999 and short listed for three literary prizes, his third, Iqbal, 2001, was first published in English in 2003 and received the New York Christopher Award for Adolescents and the Cento Prize in Italy.  In 2004, Francesco won the International Reading Association Teachers’ Choices Booklist Prize. 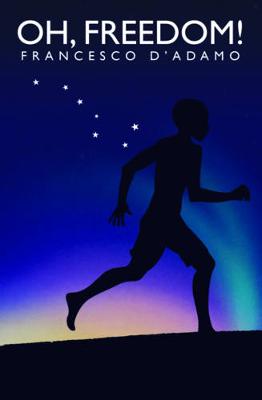 View All Books By Francesco D'adamo