LoveReading View on The Bonehill Curse

May 2012 Book of the Month. An evil djinn released from a bottle is a very, very dangerous thing as Necessity Bonehill is soon to discover! Miserable at her stuffy boarding school, Necessity is delighted to receive the sealed bottle from her Uncle. But when the bottle is opened, Necessity understands why you should be careful what you wish for! A fast paced drama full of trickery and magic.

Arabian Nights meets 'Indiana Jones' (with a dash of Dickens). A superlative adventure packed with vengeful Djinni, flying carpets and a breathtaking race against time.

Anthony Bonehill plans to outwit a Djinn with his seven accomplices. Six will make their wish and the seventh must wish the Djinn dead. But the seventh accomplice, Carlos Grossford, double-crosses them and now he can wield whatever tyranny he chooses.

Necessity Bonehill is a tomboy. Being sent to a boarding school for girls has honed rather than tamed her wild side. She fears her parents were keen to get rid of her, and therefore feels abandoned. So when Uncle Carlos starts sending her food parcels, she is happy that someone cares. Then one day he sends a stoppered bottle. Ness is perplexed, but surely there can't be any harm in opening an empty bottle? She takes out the stopper and unwittingly launches herself into and exotic and cut-throat world as the powerful Djinn is set free, hell-bent on revenge.

Praise for The Demon Collector:

'Mortlock was a striking debut ... it created a creepy atmosphere that won much praise. The Demon Collector is equally full of well-written suspense but far funnier, with a strong filmic element that fans of Joseph Delaney's Spooks Apprentice and Anthony McGowan's Hellbent will lap up' - Amanda Craig, The Times 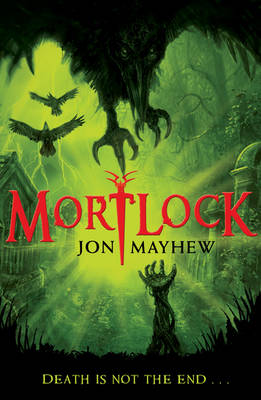 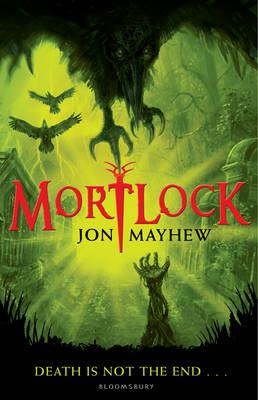