Oscar and the CATastrophe

August 2018 Book of the Month | A Julia Eccleshare Pick of the Month August 2018 |  Oscar the talking dog is back for a wittily entertaining third adventure with his friend and owner Sam. Oscar’s problem is the very big white cat who suddenly arrives to live next door; Oscar hates all cats but he hates Carmen especially because she sits in all his favourite places. Sam is more worried that there’s a thief on the loose and his mother’s ring has gone missing. Is there a connection between Oscar and Sam’s worries? And can they help the police solve the mystery? With lots of twists and turns along the way Oscar and Sam play a key role in this fun adventure. - Julia Eccleshare Julia Eccleshare's Picks of the Month for August 2018 Once Upon A Wild Wood by Chris Riddell Oscar and the CATastrophe by Sarah Horne Run Wild by Gill Lewis Peril in Paris (Taylor & Rose: Secret Agents) by Katherine Woodfine The Garden of Hope by Isabel Otter

Special Hardback and CD Edition.  Best-selling duo Julia Donaldson and Rebecca Cobb reunite in a lovely story that begins in a Year One classroom before taking us on an exciting, fantastical journey. Scenes in the classroom and at home with the children as they play with their shared Everywhere Bear are beautifully depicted in Donaldson’s nimble rhyming text and Cobb’s sketchy, lithe illustrations. Their imaginations take flight when the poor bear is lost, swept down a drain and into the sea in dramatic scenes before finally, almost miraculously, he’s reunited with Class One.  In the hands of star author and illustrator, it all makes for an exceptionally satisfying adventure for young readers, with much they’ll recognise, much to make them wonder. ~ Andrea Reece Best-selling Julia Donaldson and Rebecca Cobb create some wonderful adventures for the much-loved class bear in this warm-hearted and dramatic story with a strong classroom background. One thing is for sure - the Everywhere Bear knows that his life will never be dull! He goes home with a different child every weekend and no-one knows what surprises the weekend will bring! ~ Julia Eccleshare

In a nutshell: gripping, sometimes heart-breaking story of a dog and his boy Guardian award-winner Andy Mulligan brings his own sensibility to a much-loved model - boy and dog form special relationship - adding a particular humour, seriousness and depth. It’s love at first sight for Tom and Spider, but a series of accidents results in Spider running away from home. The animals he meets are almost universally cruel, their animal natures leading them to torment Spider and other animals too; a vixen offers to help him home but loses her life in the process. Things get bleaker still, until Spider finally fights his way back to Tom. A thrilling climax allows the two of them, both bullied, to emerge as heroes. Original, thought-provoking and with a dark humour, this is an ultimately uplifting read, and very memorable. Andrea Reece

In a nutshell: llama football stars called up for England at the World Cup |   Llamas United took the footballing (and book) world by storm in their first adventure, and will win more readers still with their second.  Real llamas, they are brilliant footballers, thanks to having eaten the ashes of one of the world’s best players, and their manager young Tim Gravy is determined to take them to the World Cup. And let’s face it, the England national team could do with a shake up! There are some hurdles to overcome, ensuring the llamas and human players bond for example, working out just what is upsetting Tim’s friend and team trainer Cairo, not to mention portions of poisoned lasagne, but it all comes to a climax – doesn’t it always? – with England versus Germany in the final. Wonderfully silly, completely engaging and with top class footballing action, this is one for football fans everywhere. ~ Andrea Reece

Once, in an old rusty bin in an old rusty playground in an old empty park. . there lived a little tortoise. But Tortoise is lonely. He's never seen any other tortoises, and wonders where they could all be hiding. Then, one day, he looks up and the night sky, and sees a million blinking lights winking at him. That must be where the other tortoises are - at the top of the sky! I wish I could join them. But how can a little tortoise get to the top of the sky? And so begins a magical journey...

May 2018 Book of the Month | Wonderful rhyme carries you through this rollicking ride through the wild west and a town they called Fear, whose scary inhabitants wear rattlesnake socks, chew rocks and and soon leave newcomer, the colourful and jolly Bingo B. Brown without his cheerful grin.  Bingo soon discovers that as scary as the cowboys in town are, the wildest, scariest cowboy of all comes calling after dark.  Frightened by the tales he hears of this terrible stranger, Bingo and his dog decide to leave town.  They soon discover that you can't run away from the things that scare you as they come face to face with the fear spreading cowboy.  Bingo soon finds his courage though and before long this baddie goes from spiteful to delightful.  This is an absolute joy to read and is packed full of fun and colourful illustrations that complement the story perfectly. ~ Shelley Fallows - You can also find Shelley here.

The Bolds in Trouble

In a nutshell: another charming, joke-filled adventure for everyone’s favourite hyena family The Bolds, for those who don’t know, are a family of hyenas living disguised as humans in a quiet street in Teddington. They wear clothes and hats to cover their hyena features, so the neighbours have no idea what they really are, though they notice they laugh a lot, as will readers of these hugely entertaining stories. In this adventure the Bolds run into trouble. A couple of foxes are disturbing the human residents of Fairfield Street putting themselves in danger of being captured. But when the Bolds try to help the foxes they get a very rude response. The story is full of incident, packed with humour (including masses of very good jokes) and the Bolds continue to demonstrate that kindness, tolerance, and a good sense of humour are the elements for a happy life. Required reading. ~ Andrea Reece

What the Ladybird Heard

Bestselling author Julia Donaldson and illustrator Lydia Monks have teamed up for another brilliant picture book. Right in the farmyard among all the noisy animals with their MOOs! and QUACKS! and BAAs! and OINKs!  lives a tiny silent ladybird. This beautiful glittery creature (little fingers will love to feel her sparkly shape) is so quiet that she hears two crafty robbers plotting to raid the farmyard. And she comes up with a very clever plan to stop them, helped by the very noisy animals all around her. A wonderful adventure with gorgeous stylised illustrations. Can you find all the words in this special What the Ladybird Heard Picture Wordsearch?

The Royal Rabbits of London: Escape From the Tower

In a nutshell: brave, loyal, upstanding rabbit hero versus despicable rats  Fans of rabbit hero Shylo Tawny-Tail will be delighted to hear that he is back for another exciting adventure.  Shylo and the other Royal Rabbits of London are pledged to protect the queen and operate from secret headquarters under Buckingham Palace itself. Their arch enemies are the rat Ratzis, unscrupulous vermin not above using the internet to spread their web of evil.  The forthcoming visit of POTUS provides the Ratzis with the opportunity to cause chaos, can Shylo stop them? This second adventure is faster-paced and more action-packed than the first, full of exciting moments though there’s plenty of room for humour and lovely character descriptions too. It’s great fun and there’s a proper emphasis on doing the right thing and discovering your own reserves of courage too. ~ Andrea Reece

The Sorry Tale of Fox and Bear

A Julia Eccleshare Pick of the Month March 2018 |    A book to treasure for itself – it’s hardback and printed on high quality paper and has an orange ribbon book mark to hold your place in the story – and for the strongly beating heart of the story which captures the unmistakable value of friendship. Pleasingly adapted from a traditional trickster tale it tells of the deep friendship between the kindly but slow-thinking bear and the mercurial and tricky fox. When the fox plays one trick too many on the old bear the friendship is undone. Bear realises that he has been a fool to trust his friend. And yet… While Rooster and Hare try to persuade him that they will make better friends, Bear recalls all the bad things about his old partner and, in doing so, realises just how much he wants Fox back by his side. Divided into 5 short stories it is perfect for reading aloud as the story unfolds beautifully but also for reading alone paying particular attention to the charming illustrations. Julia Eccleshare's Picks of the Month for March 2018 The Lotterys Plus One by Emma Donoghue King Coo by Adam Stower Splish, Splash, Ducky! by Lucy Cousins We Are Not Frogs! (Little Gems) by Michael Morpurgo The Sorry Tale of Fox and Bear by Margrete Lamond Song of the Dolphin Boy  by Elizabeth Laird What Do People Do All Day? (50th anniversary edition) by Richard Scarry Bird House by Libby Walden Bug Hotel by Libby Walden Alone Together by Clayton Junior The Lost Penguin by Claire Freedman 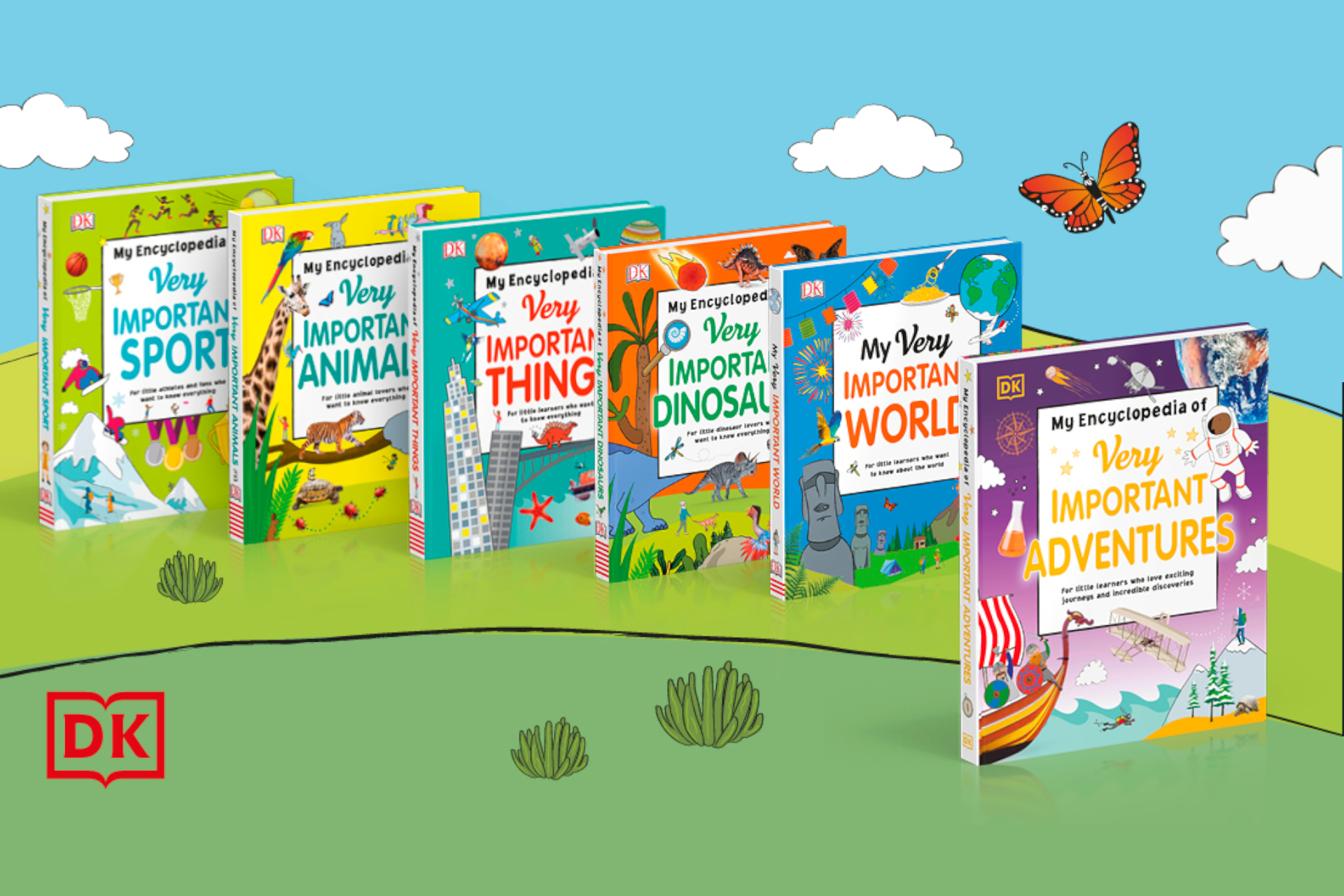